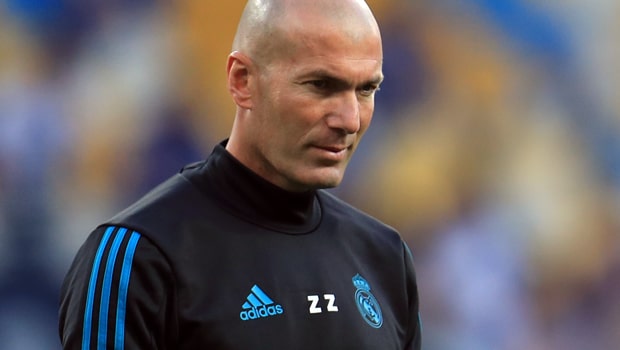 Zinedine Zidane has backed his Real Madrid players to remain motivated despite the fact they are not challenging for trophies this season.

Zidane returned for his second spell in charge of Los Blancos last month with the club having already been eliminated from the Champions League and Copa del Rey, while their chances of winning La Liga also seemed virtually none existent.

The Frenchman has recorded back-to-back wins since his return, including Sunday’s last-gasp 3-2 victory over Huesca, and he feels his players will remain motivated despite the fact they have no trophies to challenge for over the remaining weeks of the season.

“At a team like Madrid, when you know you will not win a trophy, it is difficult, in moments during games,” Zidane told reporters.

“That is normal. But we are all pros here and will try and finish the season as well as possible – motivation is intrinsic and each player has their own.”

Karim Benzema grabbed the 89th-minute winner for Real on Sunday – his 14th league goal of the season – but speculation remains that his decade-long stay at the Bernabeu could be coming to an end this summer.

Zidane has certainly been coy over his compatriot’s future, although he feels he still has a key role to play between now and the end of the season.

“This year is maybe Karim’s best year,” Zidane added. “I will count on him, there are nine games left, and that is the most important, to finish the season well.

“Then we will see what happens, but Karim is a player at this club. I don’t believe that will change.”

Real are next in action when they travel to the Mestalla to take on in-form Valencia on Wednesday and they are priced at 2.05 to win that match, while Los Che are available at 3.40 and the draw is on offer at 3.75.