Zidane To Turn To Castilla Players After Injury Problems 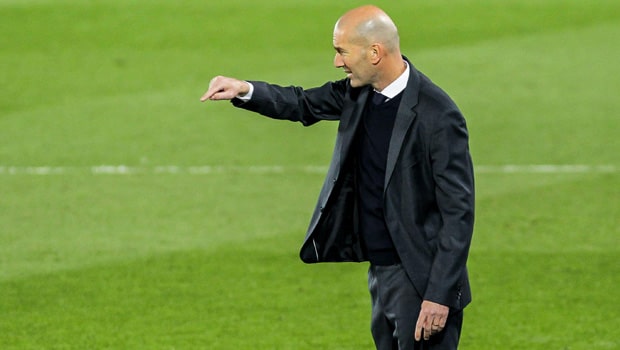 Real Madrid manager Zinedine Zidane has said that he may have to turn to the Real Madrid Castilla for depth after several injuries to key players in the first team have trimmed his team down.

The Frenchman made the statement ahead of Real Madrid’s tie against Granada in the La Liga on Thursday evening.

Real Madrid will be missing nothing less than six first-team players who are injured including skipper Sergio Ramos, Dani Carvajal, Ferland Mendy, Lucas, and Raphael Varane while Alvaro Odriozola is running against time to be fit for the game.

However, with Barcelona failing to win against Levante in a thrilling 3-3 draw on Tuesday, Real Madrid needs to win to keep up with Atletico Madrid and steer clear of Sevilla who beat Valencia on Wednesday to keep their slim hope of title glory alive.

Zidane in his pre-match conference ahead of the game against Granada revealed that if there is a need for more players in the Los Blancos’ last three matches, he knows where to go.

“The first team is important, but also Castilla, who are playing a lot, But, if we need players then we’ll always take players from the B team. I think that’s good for everything. I’m in total communication with Raúl about these things.” Zidane told a pre-match press conference.

Real Madrid will travel to Athletico Bilbao after Thursday’s game at Granada and then host Villarreal in the final game of the season at the Alfredo di Stefano Stadium.