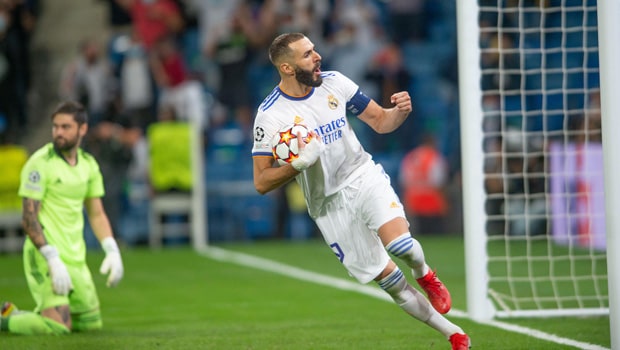 The Moldovan champions played their way into the group stage from the preliminary qualifiers but showed no sign of respect for Real Madrid as they went ahead in the 25th minute through Uzbekistan forward Jasurbek Yakhshiboev.

However, Carlo Ancelotti’s side turned the heat on with Vinicius Jnr constantly threatening on the flanks before he won a penalty in the 65 minute as Karim Benzema stepped up and scored.

The visitors were not discouraged as they kept on attacking only to denied a goal that was chalked off by VAR for offside in the 72nd minute.

However, Sebastien Thill silenced the Bernabeau in the 90th minute, as the Moldovans continued to shock Europa after winning their opening UEFA Champions League game against Shakhtar Donetsk, with a 2-0 scoreline.

Sheriff tops group D, which has Inter and Shakhtar, with 6 points as both teams played a 0-0 draw in Ukraine.

Atletico Madrid were  brilliant in the 2-1 victory over ten-man AC Milan on Tuesday as Antoine Griezmann left it late to equalise and win the game but Suarez made sure with a late stoppage penalty.

In last season’s final in Poland, both teams were separated by penalties and Ole Gunnar Solskjaer’s side will be seeking a revenge.

However, the Yellow Submarines will be boosted by their 0-0 draw against Real Madrid in the La Liga at the weekend.

Villarreal’s first UEFA Champions League game of the season against Atalanta ended in a 2-2 draw.

Furthermore, Barcelona will play Benfica in Portugal after returning to winning ways against Levante on Sunday in the La Liga.

Sevilla will play German side Wolfsburg on Wednesday as well after match day one’s dramatic 1-1 draw.