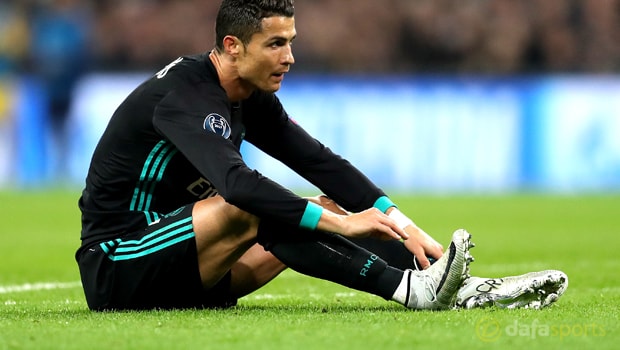 Sergio Ramos has rejected Cristiano Ronaldo’s comments that the Real Madrid squad is not as strong as last season.

Los Blancos have endured a sticky start to the campaign, currently sitting eight points behind Barcelona in La Liga, while they also lost to Tottenham in the Champions League.

Despite winning a domestic and European double last term, questions are already being asked about coach Zinedine Zidane’s future and the board have recently fought off criticism regarding their summer transfer dealings.

Ronaldo has suggested that the departures of Alvaro Morata, James Rodriguez, Pepe, Danilo and Mariano Diaz during the summer window have affected the squad and believes they are not as good as they were 12 months ago.

With Real, 3.80 for the title, Ramos remains bullish about their chances of catching Barca, who are the 1.30 favourites.

The skipper has taken time out to reject his colleague’s comments, insisting that the playing staff at the Bernabeu is good enough to again conquer at home and abroad.

“I disagree with Ronaldo about the squad being weaker, it feels like a heat-of-the-moment comment,” Ramos told Cadena Ser.

“Nobody thought this when we won the Supercopa and European Super Cup, the truth is we aren’t missing anyone and we have won everything with the players who are here at the moment.

“Our squad has changed, it is true, but some players contribute certain things while others bring something else to the table but there is a good balance.

“We have dropped important points but there is a long way to go and we will improve, just watch.”