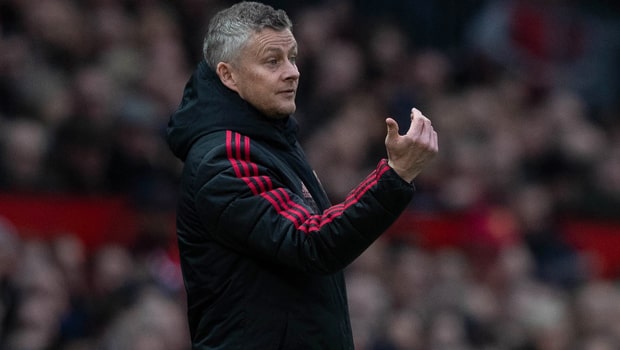 Ole Gunnar Solskjaer has told Manchester United team to take belief from their own away form this season, as well as some recent Champion League turnarounds, ahead of their second leg showdown against Paris St-Germain.

The Red Devils are in the French capital on Tuesday evening trailing 2-0 from the first leg at Old Trafford.

Presnel Kimpembe and Kylian Mbappe scored in an impressive win for PSG last month, the only defeat of Solskjaer’s 16-game tenure as United boss so far.

Though his side are facing a mountain at the Parc des Princes, the Norwegian says their own form on the road should give them belief, while he suggests PSG know exactly how things can turn around having surrendered a 4-0 advantage against Barcelona at this stage in 2016/17.

“Last year, Juventus lost 3-0 at home against Real Madrid and suddenly they were 3-0 up after 90 minutes against Madrid away,” said the United boss.

“The year before that, PSG against Barcelona. We all remember those results. So, there are so many examples of teams who can change results like this.

“Also, as a club, we’ve done it so many times. The players have been fantastic away from home, beaten Chelsea, Arsenal, Tottenham, which has given us the belief we can do this as well.”

Opposite number Thomas Tuchel is adamant that his side won’t write Man United off, given the club’s pedigree in Europe, while he suggests the best way they can complete the job is by going on the offensive.

“We need to find openings and I think the formation and the structure of the Manchester team will change, so for us it’s important to remain an offensive team, to show that we are offensive and that we are confident,” said the German.