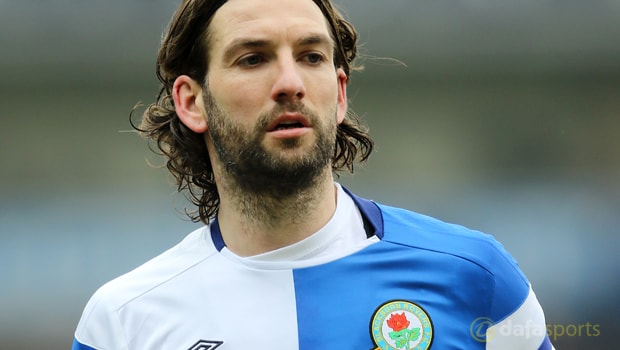 Blackburn are inching towards promotion back to the Championship at the first attempt. They currently hold top spot in League One, having defeated MK Dons 2-1 on Easter Monday.

Wigan Athletic missed the chance to reclaim top spot as they lost 2-1 at Portsmouth on Monday evening, while Shrewsbury edged out Oxford United 3-2 to take over second spot.

The Latics are two points behind Blackburn with a game in hand in third, while Rovers themselves are one point better off than Shrewsbury having played a game less.

The three clubs are competing for only two automatic promotion places, with one of them set to miss out and end up in the play-offs.

Scotland international Mulgrew is determined that it will not be Rovers left in the scenario.

“Every game now is a cup final,” he said. “There are a few things from Monday’s game [against MK Dons] which we want to put right but we got the three points and that’s the most important thing.

“There are still things we need to sort out going into the last seven games; we’re in a good position but aren’t getting carried away.”

Southend come to Ewood Park on Saturday and, despite losing 2-1 on the opening day of the season in the reverse fixture, Mulgrew says it is not about revenge.

“We’re not really thinking like that,” he added. “It’s another massive game for us, another cup final, and we’ll approach it that way.

“It’s going to be a difficult game and we’ll need to battle through, so hopefully our quality comes to the fore.”

Blackburn are 1.50 to beat Southend on Saturday. The visitors are 6.50 while the draw is 4.50 for the Ewood Park showdown.