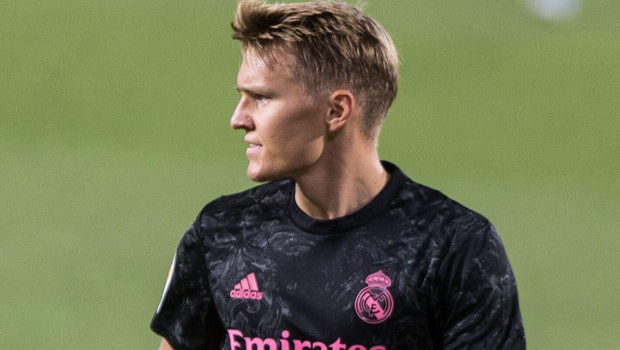 Norwegian midfielder Martin Odegaard is close to joining Arsenal on a permanent deal according to reports.

The Norwegian was at the Emirates Stadium last season on loan making 20 appearances and scoring 2 goals under Mikel Arteta and it is expected that Real Madrid will agree to sell for £30m.

Meanwhile, the midfielder who joined Real Madrid in 2015 has featured just eight times for the Los Blancos while going on different loan deals all through his time at the club.

Before joining Arsenal on loan, Odegaard had gone on loan at the Netherlands with, Heerenveen and Vitesse while also playing for Real Sociedad in the La Liga.

Meanwhile, Arsenal manager Mikel Arteta has spoken of his desire to have Martin Odegaard back at the Emirates Stadium after his loan stint.

Personal terms are believed to be the easiest part of the deal while he can be a part of the London derby between the Gunners and Chelsea if he is registered by Friday.

Arsenal has also made some addition to their squad and still have transfer targets before the transfer deadline day on August 31st.

The goalkeeper is priced at £24m with £6m in add ons also being negotiated as part of the deal.

Gabonese striker Pierre-Emerick Aubameyang is also on the radar of Barcelona with Brazilian Midfielder Phillipe Coutinho also part of the deal in what is an exchange.

Both Real Madrid and Barcelona won their first games of the season despite losing some of their key players this summer.