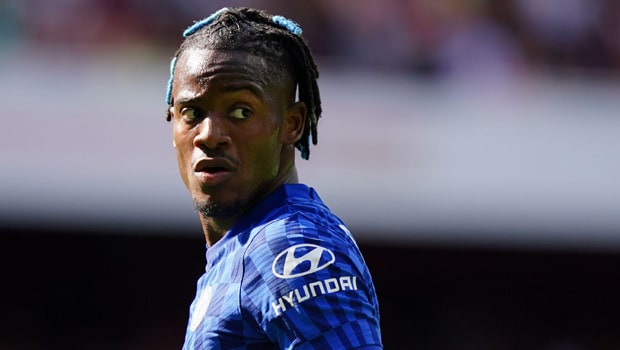 Belgian forward Michy Batshuayi has signed a contract extension with Premier League club side Chelsea until 2023.

The striker may have 77 appearances with 25 goals for the Blues but the last of it came in February 2020 and his next appearance for the Blues may not come anytime soon.

Batshuayi was immediately loaned out to Turkish Super Lig Champions Besiktas for the rest of the season.

The loan is the 27-year-old’s fifth spell since joining Chelsea from Marseille in 2016 for a deal worth £33million.

Batshuayi has gone on loan to Crystal Palace twice, Dortmund, Valencia, and last season he made 18 appearances at the Selhurst Park with two goals.

The Belgian won the Premier League in his first season at the club but has found playing time difficult with Olivier Giroud and Tammy Abraham present.

However, while both players have left Stamford Bridge for Italy with Giroud moving to Ac Milan and Tammy Abraham to Roma recently, there is still no space for Michy after Chelsea signed Romelu Lukaku from Inter Milan.

Tammy Abraham signed a five-year deal with AS Roma with a buy-back clause inserted in the deal while he will wear the number 9 jersey under the tutelage of Jose Mourinho.

The Blues still has Timo Werner and Kai Havertz in their ranks for the new season under Thomas Tuchel who oversaw the UEFA Champions League triumph last season.

Chelsea won their first game of the season against Crystal Palace 3-0 after beating Villarreal on penalties in the UEFA Super Cup days earlier.

The Blues will face Arsenal in the London derby at the weekend in the Premier League, the Gunners lost their first game against Brentford 2-0.

Meanwhile, the Gunners have been linked with Sheffield United goalkeeper Aaron Ramsdale who was dropped from the team’s squad to face West Brom.

The Gunners are also close to signing Real Madrid midfielder Martin Odegaard on a permanent basis.