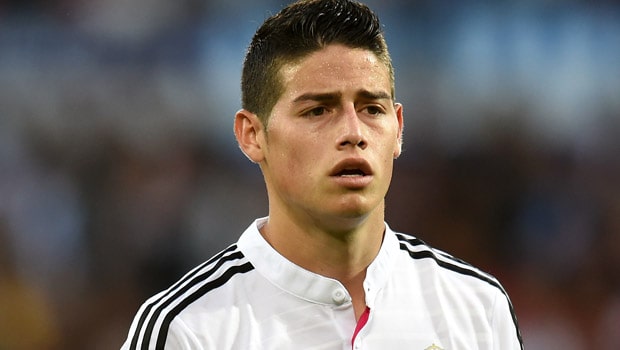 Real Madrid midfielder James Rodriguez is close to a move to English Premier League side Everton in a £20m deal.

If the move is successful, the Colombian will be reunited with Carlo Ancelotti, whom he played under at Real Madrid and Bayern Munich.

Rodriguez has seen his playing chances at the Santiago Bernabeau under Zinedine Zidane limited and, in fact, has been allowed to pull out of pre-season to arrange any potential transfer.

The attacking midfielder is in the final year of his Real Madrid contract, and he would be Ancelotti’s first major signing since becoming boss in December.

Rodriguez moved to Real Madrid in the summer of 2014 from Monaco for a deal worth £71m after winning the 2014 FIFA World Cup Golden Boot in Brazil.

Everton finished 12th on the Log last season in the Premier League, although it must be said that Carlo Ancelotti joined the team in December.

Meanwhile, Real Madrid forward Gareth Bale has said that he will love to return the English Premier League, but the Spanish giants have been blocking his chances of moving away from the club.

The Welsh forward has been limited to bench roles this season and was about moving to China last year.

“I tried to leave last year, but they [Real Madrid] blocked everything at the last second, It was a project I was excited for last year, but it didn’t materialize. And there have been other instances, but the club won’t allow it or something, so it’s up to the club. It’s in the club’s hands, and they make things very difficult, to be honest.” Bale was quoted saying.