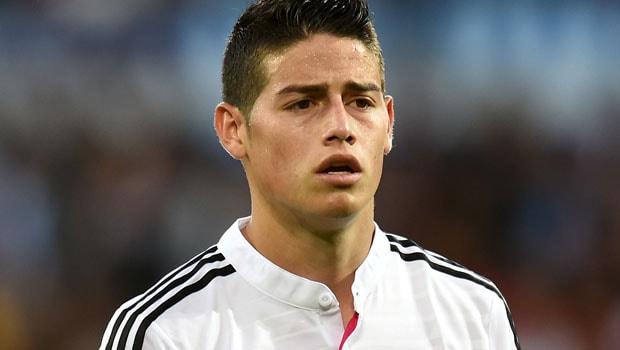 Colombian midfielder James Rodriguez is on the radar on Everton manager Carlo Ancelotti as the Italian eyes bringing the player to the Merseyside.

James Rodriguez is close to an exit from Santiago Bernabeau this summer, and Everton are interested with the hope that playing under Carlo Ancelotti would entice the player to join the Toffees.

Incessant injuries have hindered the Colombian’s progress since joining from Monaco in 2014. In six years, the player has only made 84 appearances scoring 29 goals, although he spent two seasons on loan at German Bundesliga side, Bayern Munich, from 2017 to 2019.

In the current season, Rodriguez has only played 13 games across all competitions as a result of poor form and injuries.

The attacking midfielder will run out of contract in 2021, and it is believed that the Los Blancos would want to cash out on the 28-year-old before he walks away on a fee.

However, having seen Rodriguez play under Ancelloti at the Spanish side as well as when he took charge at Bayern Munich when the player went on loan to Bavarian side, Everton will hope a reunion will entice the 2014 FIFA World Cup golden boot winner to move to the English Premier League side.

Italian media suggest that the player is very much interested in working with the manager again.

However, Everton will have to compete with Manchester United and Juventus, with the former expected to add Paul Pogba in a potential swap deal at the end of the season.

Rodriguez, who moved to Real Madrid from the French side AS Monaco after impressive showings at the world cup for the Colombian national team has won the UEFA Champions League twice as well as the La Liga.

He also won league titles twice in the German Bundesliga.