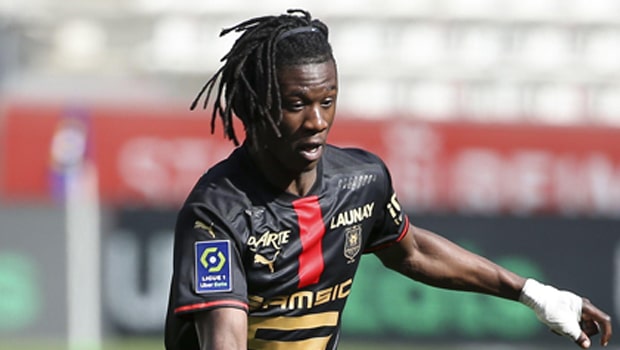 The deal was finalised on transfer deadline day with the player who made his Stade Rennes debut in 2018 did his medical on Monday.

The player had just 12 months left on his contract with Rennes and the club do not want to lose the player on a free.

He made 60 league appearances over the last two seasons at the club.

While Real Madrid have signed David Alaba from Bayern Munich on a free earlier in the summer transfer window, they were close to bringing in Kylian Mbappe but the deal never happened.

With the forward having just months left on his contract, Real Madrid are hoping to get the player on a free transfer and possibly signing a pre-contract in January.

PSG and Real Madrid have failed to agree a price tag for the 22-year old.

Meanwhile, Antoine Griezmann has gone back to Atletico Madrid on loan.

The 2018 French World Cup winner, joined Barcelona after the Catalonia side paid his £107m buyout clause.

However, the striker hasn’t replicated his performances at the Camp Nou scoring just 35 goals in 102 games.

He has just a single Copa Del Ray title to his name with the club as well. Antoine Griezmann’s departure means that he is the third player to leave Barcelona on deadline day after Ilaix Moriba, who joined German side RB Leipzig, and Emerson Royal, who moved to Premier League side Tottenham.

Totally, he is the 11th player to leave Barcelona this summer after Messi joined PSG.