Martinez’s agent speaks about his future

Posted by OLADIPUPO MOJEED on September 1, 2021 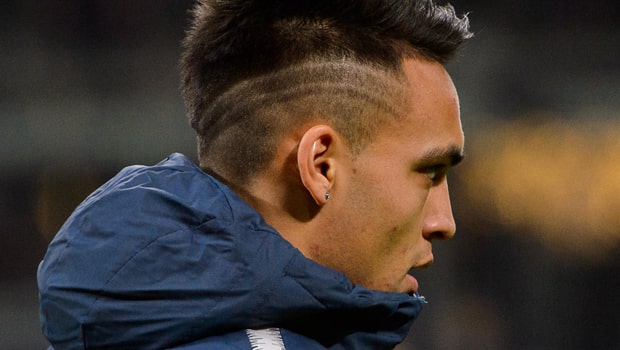 Alejandro Camaño, the agent of Inter Milan’s Lautaro Martinez, has confirmed that the striker will sign a new deal with the Nerazzurri, which will finally settle all rumours surrounding his future.

After the departure of Romelu Lukaku to Chelsea, Martinex then becomes the team’s focal point, thereby ending all speculations surrounding his future at the club. Thus, it means that the link with Barcelona or Real Madrid has ended as he has now agreed to extend his stay at the Stadio Giuseppe Meazza beyond 2023.

Speaking on the latest development on Inter’s website, his agent said Matinez was made happy,  adding that his family always wanted him to stay.

This also ends the link with Arsenal and Atletico Madrid as the Serie A champions are now reportedly set to announce his contract extension.

Calciomercato.com reported that Lautaro would sign a new €6m-a-year deal until June 2025.

Meanwhile, Camaño, who also represents Gonzalo Villar, who plies his trade with AS Roma, said he doesn’t want to leave the Gialorossi. The capital team seemed to be on a good run under the leadership of Jose Mourinho.

The Roma midfielder was a regular starter under Paulo Fonseca last season. Unfortunately, he has found first-team opportunities hard to come by under José Mourinho, as he seems not to be in the plans of the Portuguese at the Stadio Olimpico.

Despite this, he said the 23-year-old is not planning to leave the capital with his contract expiring in June 2024. He added that he wants to play for Roma and be part of a team that will be successful this season.

Thus, he will have to keep fighting for his place in the team. 23-year-old Villar joined the Gialorossi from Elche in January 2020 for a reported €4m fee.