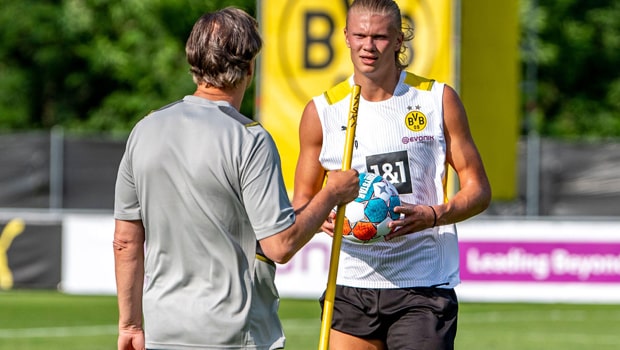 The Bundesliga side had rejected initial money plus the Timo Werner deal in a bid to discourage further interest from the European champions.

However, an improved bid of £130M for the former RB Salzburg striker is being prepared by Chelsea but it is believed that owner, Roman Abramovic won’t bid beyond that this summer.

Chelsea had Olivier Giroud, Tammy Abraham, Timo Werner, and Kai Havertz last season but the Blues have let go of the French striker to AC Milan and English forward Tammy Abraham has been deemed surplus to requirements.

Tammy has been linked with a possible move to London rivals Arsenal but negotiations haven’t yielded the needed agreement.

Despite beating Manchester City to the UEFA Champions League title in Portugal earlier this summer, Chelsea hasn’t hidden their desire to bring in a prolific striker after underwhelming performances from their £45m acquisition last season, Timo Werner.

Werner had just a dozen of goals in 52 games last season with just six of them coming in the Premier League.

Meanwhile, Haaland scored 41 goals in 41 games in all competitions, including 10 in eight Champions League appearances for the Bundesliga side last season.

The Red Devils recently announced the signing of Jadon Sancho from Borrusia Dortmund in a deal worth £73m as they hope to improve on their second-place finish in the league and trophyless status last season.

After signing the new contract, the Norwegian manager explained that he was ready to take the next step on the journey.

“We have built a squad with a good balance of youth and experienced players that are hungry for success. I have a fantastic coaching team around me and we are all ready to take that next step on our journey” said Solskjaer.