Posted by Vincent Henderson on February 12, 2018 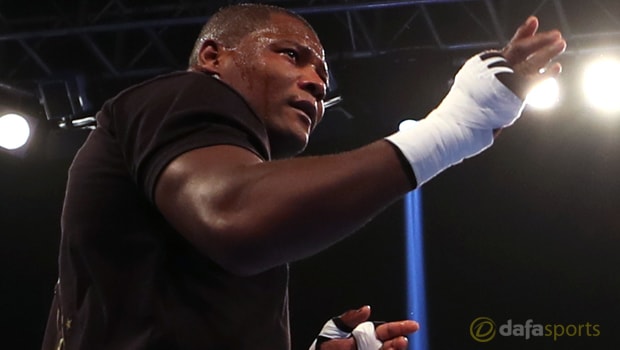 WBC heavyweight champion Deontay Wilder believes he will stop Luis Ortiz inside three rounds when they meet at the Barclays Center on March 3.

The American will put his strap, which he has held since beating Bermane Stiverne at the MGM Grand in June 2015, on the line against the undefeated Ortiz in Brooklyn.

Wilder needs to extend his unbeaten record to 40-0 if he is to keep alive hopes of a unification bout with Anthony Joshua later in the year and he is expecting an easy night’s work.

The 32-year-old, who turns 33 later this year, believes 2018 is the year of threes and has vowed to get veteran Ortiz out of there in round three if not even sooner.

Wilder said: “People ask me the round and I always see threes.

“This year is a magical year. It’s the year of the 33. So, I see threes everywhere. I see three rounds or less, maybe shorter than that. It all depends on how I feel when I see him.”

This year already looks set to be one of the most exciting in the heavyweight division for some time and Wilder has also given his prediction for the Joshua-Parker clash on March 31.

Wilder feels the fight could go long and insists Parker will need to be smart with his movement to outsmart Joshua. He added: “I’ve always said ‘later rounds’.

“I see that fight going later rounds if Joseph Parker is smart in what he does.

He has nice movement and is able to execute on all of the opportunities that he sees with Joshua. Because Joshua can’t move his head. He’s a muscle, body-building type of guy.”

Wilder is the favourite to see his hand raised at the end of the fight and can be backed at 1.40 to triumph, while Ortiz is priced at 3.00 to pull off a shock, and the draw is available at 29.00.