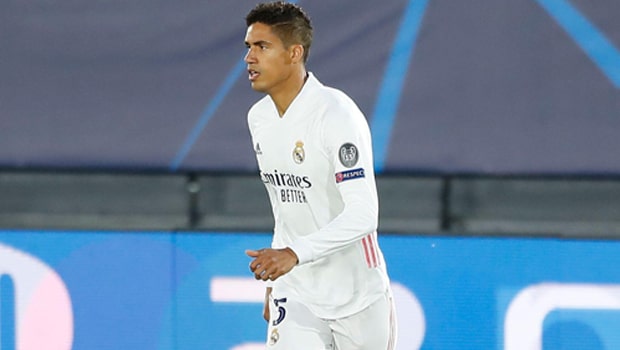 Manchester United is close to securing the services of French defender and World Cup winner Raphael Varane after agreeing on a transfer fee with Real Madrid for the player.

The defender has been priced at £34m by Manchester United although add-ons could raise the fee to £41m, other details are yet to be finalized.

Varane has revealed to the Los Blancos that he won’t be signing a contract extension on his deal that has one year left.

Varane’s deal comes after Jadon Sancho was signed by Manchester United at the weekend and the French defender is expected to add more quality and experience to the Red Devils backline.

Varane joined Real Madrid in 2011 from Lens in France and has gone on to be a huge success at the Santiago Bernabeu after winning three La Liga titles and four UEFA Champions League Trophies all in over 300 appearances for the club.

He also has 79 caps for the Les Blues winning the 2018 FIFA World Cup with the team and also playing in the team’s four matches at the Euro 2020 after they crashed out in the Round of 16.

If the deal is wrapped up soon, it is expected that the 28-year-old could feature in United’s first Premier League game of the season on August 14 against Leeds United.

Manchester United has been making statement signings this summer after finish second behind Manchester City in the Premier League last season with 12 points in total.

After signing Jadon Sancho on a five-year deal from Borussia Dortmund, World Cup winner Varane is another big addition to the team led by Ole Gunnar Solskjaer.

However, there are insinuations that the Red Devils could lose midfielder Paul Pogba with his contract situation up in the air.