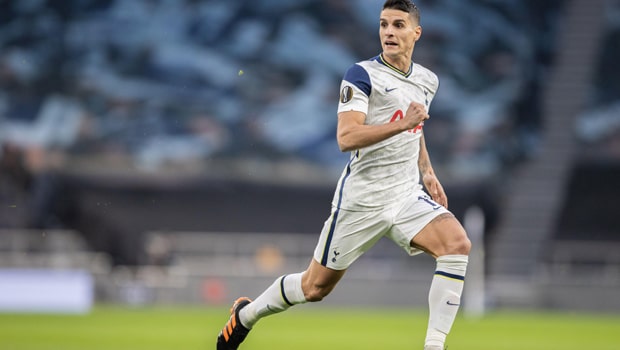 Argentine midfielder Erik Lamela has joined La Liga side, Sevilla, after the Spanish side entered a swap deal with Spurs that saw youngster Bryan Gil move to the other side.

The twenty-year-old Gil is currently with Spain’s Olympic team in Tokyo and he has agreed on a five-year deal for an undisclosed fee.

Gil debuted for the La Roja in March during last season when he made 14 La Liga appearances for Sevilla although all was as a substitute.

Meanwhile, Argentina international Lamela spent 8 years at the White Hart Lane after joining them from Roma for £25.7m in 2013.

The 29-year-old was part of the players brought in in the summer of 2013 when Spurs sold Gareth Bale to Real Madrid for a then World record fee of £85m.

Christian Eriksen, Roberto Soldado, Paulinho, Etienne Capoue, Vlad Chiriches, and Nacer Chadli were the other players acquired albeit all have now exited the club.

Meanwhile, Lamela scored 37 goals in 255 games for the Spurs.

Gil made his senior debut in January 2019 after coming through Sevilla’s youth academy although he played at Eibar last season after joining them on a season-long loan where he scored four goals in 28 league games as Eibar finished bottom of the table last season.

He becomes the second signing for a new manager at Spurs Nuno Espirito-Santo after he brought in Atalanta goalkeeper Pierluigi Gollini on loan.

A statement on the Spurs website confirmed the signing of Gil on Monday.

“We are delighted to announce the signing of Bryan Gil from Sevilla, with Erik Lamela joining the Spanish club as part of the deal. The exciting young winger, 20, joins us on a contract until 2026. Subject to international clearance, Bryan will join up with the club at the conclusion of the Olympics in Tokyo where he is representing Spain.”