Pérez to Replace Zidane with Mourinho 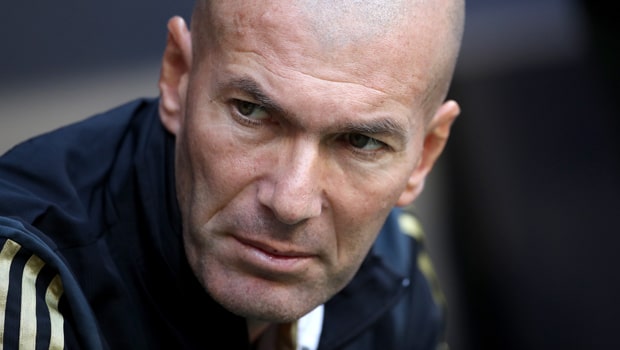 The Spanish giants have entertained two draws out of their four opening league games this term before losing by an embarrassing 3-0 scoreline to Paris Saint Germain in the Champions League.

Zidane’s future is put even at more risk with his marquee signing Eden Hazard struggling to make an impact against PSG. Indeed, the Belgian midfielder despite playing in an advanced role failed to register a shot on goal in that game.

According to a report by The Sun, the club’s President in Perez is interested in seeing Mourinho as the next manager of the club. The Galacticos President is of the opinion that the Portuguese gaffer, who has once managed the club is the only manager who can get the club back to its heralded position.

Meanwhile, Mourinho was a major contender for the job at the Bernabeu when Santiago Solari was sacked in March.

During his first stint at Real Madrid, the respected manager won the 2012 La Liga title, a prize that eluded the club for several years.

While speaking to Portuguese TV sometime last week, the former Manchester United and Chelsea boss spoke fondly of his time at Madrid. The 56-year-old said his experience at the club was fantastic and the best memory of his career. Jose Mourinho said that it was his best experience because of the lessons he learnt while managing the club.

“Real Madrid was my best experience because of what I learned as a coach, as a man, because of the lessons I took in my career and in my life,” he said.

The Portuguese manager hasn’t taken up another job since he was sacked by Manchester United in December.

The Mourinho transfer rumours are thought to be fueled by Real Madrid’s embarrassing loss to Paris Saint Germain.

The Spanish giants were blitzed with an Ángel Di María brace and Thomas Meunier strike giving the home side a 3-0 win.

The Los Blancos had an abysmal showing and were toothless in the final third.

Sevilla are valued at 2.70 to claim a victory over Real Madrid in their La Liga fixture, while Madrid are fancied at 2.51.