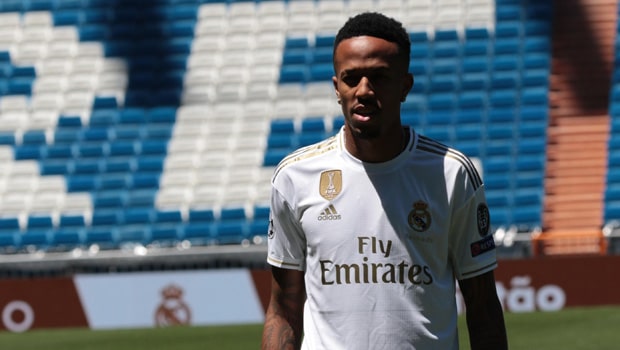 Real Madrid has been handed a boost ahead of the Madrid derby on Sunday with the return of defender Eder Militao to training on Tuesday.

The Los Blancos has been hit with injury problems recently but some of the injured players have returned to fitness.

While Karim Benzema may be put straight back into action if fit, Eder Militao may be rested due to the partnership of Raphael Varane and Nacho Fernandez that has been protecting Thibaut Courtois.

Real Madrid has only conceded once in its last four matches although scoring without Benzema has been tough with just three in their last three matches.

However, they defeated Real Valladolid and Atalanta 1-0 in the La Liga and UEFA Champions League respectively.

For skipper Sergio Ramos, his return will likely be for the second leg of the UEFA Champions League Round of 16 clashes with Atalanta.

Meanwhile, Real Madrid will hope the fit and available players will get the job done and get the Los Blancos’s first win at Atletico Madrid for the first time since February 2019 when Real Madrid won 3-1.

It even goes way back for Atletico Madrid’s last win against their city rivals, a 2-1 win over Real in the second leg of the UEFA Champions League semi-final fixture.

Meanwhile, Barcelona will host Sevilla in the second leg of their Copa Del Rey Semifinals fixture at the Camp Nou on Wednesday.

The first leg ended 2-0 in favor of Sevilla and Barcelona has a big mountain to climb if they are to make the final of the competition.