Gasperini expects a reaction from Crotone 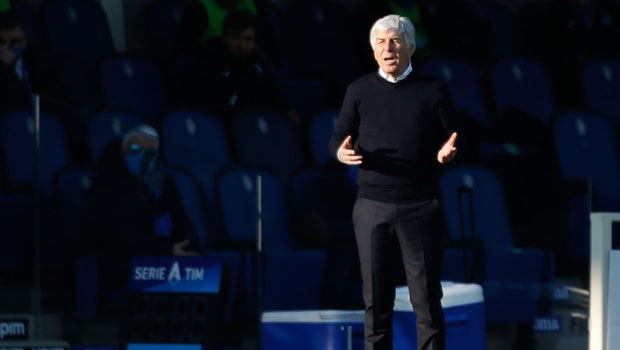 Atalanta manager Gian Piero Gasperini has said he expects ‘a reaction’ from relegation-threatened Crotone ahead of the week 25 Serie A encounter.

The tactician also said Atalanta remains confident ahead of the important clash. La Dea currently occupies the fourth spot on the log and has won three straight Serie A games.

The game is important for both sides. Atalanta will want a maximum point in tonight’s clash, which could give them a boost to face league leaders Inter Milan at Guiseppe Meazza on Sunday.

Crotone, on the other hand, will be going into the clash with a new manager, Serse Cosmi, after sacking Giovanni Stroppa.

Gasperini, who said that all the League’s games would be difficult, said his lads must take the right precautions during the game, adding that they are in good form. This, he believes, makes them full of confidence, hoping that it would continue.

While noting that the newly-promoted side has been unlucky, Gasperini said they must be respected, adding that they have played well but have not gathered enough points.

Although hen is aiming to continue his winning runs, the Italian noted that a coach’s change brings more attention and a reaction from a team.

He said Crotone is a good team, but they have been unlucky, losing games in the final minutes.

Speaking on his players, Gasperini is excited by Josip Ilicic, who was in action for  30 minutes against Sampdoria.

However, his major concern is the team’s performance and not of individuals. He added that the Inter clash would be an important game for this last part of the season.

Gasperini will have to prosecute the game without his top striker, Duvan Zapata, who has a minor knock. He added that the Colombian has returned to training and should be available for selection against the Nerazzurri.