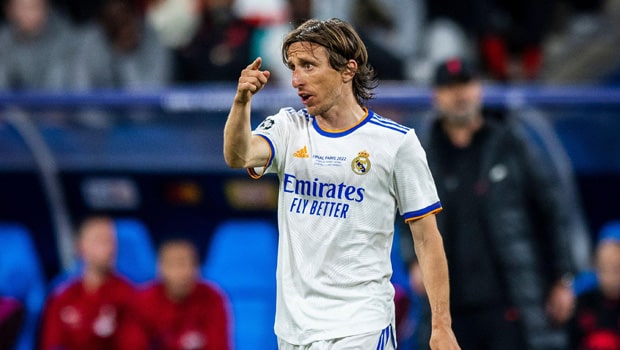 Croatian midfielder Luka Modric has signed a contract extension with Real Madrid till 2023, extending his stay at the Santiago Bernabeu.

His new deal will keep him at the capital club till June 2023, confirming the details of information making the round since Real Madrid beat Liverpool 1-0 in the UEFA Champions League courtesy of a goal from Brazilian forward Vinicius Junior.

Modric’s contract extension detail was revealed on Wednesday as Real Madrid continued to build Carlo Ancelotti’s team for the next season.

The former Spurs midfielder has been with the Los Blancos since 2012 and has made over 436 appearances winning the UEFA Champions League five times.

Modric has won the La Liga three times with Real Madrid, and the 36-year-old will hope to retain the title they won last season.

He won the 2018 Ballon d’Or, beating the duo of Lionel Messi and Cristiano Ronaldo to it, the first player to do so in over a decade.

The Los Blancos have signed German defender Antonio Rudiger in a free transfer from Premier League side Chelsea. The fourteen-time UEFA Champions League winners are also close to French Youngster Aurelien Tchoumeni’s signature from Ligue 1 side AS Monaco.

Real Madrid have seen the exit of Marcelo after fifteen years with the club since joining in 2007, replacing Roberto Carlos and then leaving as the club’s most decorated player.