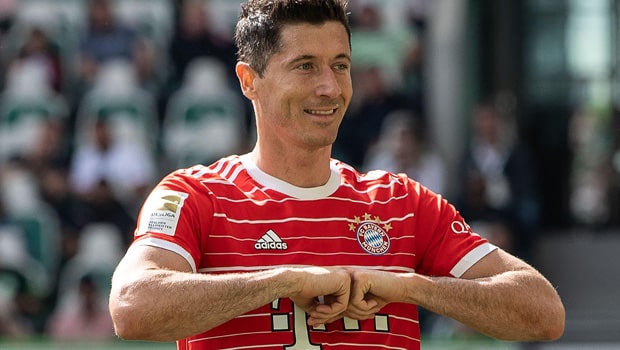 Bayern Munich striker Robert Lewandowski has expressed his desire to leave the club and the Polish forward wants to join hands with Barcelona. Lewandowski still has one year left in his contract with the Bavarians and he is optimistic about finding an agreement with the club.

The star forward, who has been a consistent performer for the German club, has revealed he isn’t considering offers from any other club than Barcelona.

While speaking to Marca, Poland International wants Bayern Munich to sell him and invest the same amount in young players.

Robert said, “I think it is better for Bayern to invest the money they can get for me than to keep me until the end of my contract. I don’t want to force anything. I want to find the best solution for both sides. Bayern are one of the biggest clubs in the world, a dream club for many players. I want this to end, we are not enemies. I am sure we will find an agreement together.”

Lewandowski has had a glorious stint at Bayern Munich thus far as he scored 344 goals in 373 matches after making a move from Borussia Dortmund back in 2014.

According to reports, Lewandowski could sign a three-year contract with Barcelona. The 33-year-old footballer from Warsaw added that his desire to leave Allianz Arena is not selfish.

“No, it’s not [selfish]. I know what I had at Bayern and I appreciate it very much. I also know that I have been doing my best not to disappoint the club and the fans for the last eight years.”

“I have always tried to give my best, to meet the expectations of the team and the fans. I appreciate the fans. If I wasn’t honest about my situation, I would feel I wasn’t being fair to the fans. I know there are a lot of emotions today, but I hope the fans will understand me at some point.”

It will be interesting to note how things will pan out between Robert Lewandowski and Bayern Munich.