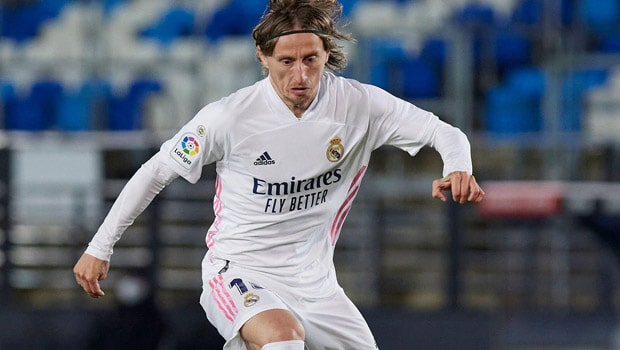 Croatian midfielder Luka Modric will spend one more year at the Spanish capital of Madrid after signing a one-year contract extension with Real Madrid.

The former Tottenham midfielder will now be at the Santiago Bernabeu side till 2022 after committing his future to the club side.

The 2018 World Cup final list would have become a free agent in June but the contract extension will ensure that he will be at the capital club till the end of the 2021 2022 season and his contract extension was confirmed by Real Madrid in a statement released on social media.

“Real Madrid CF and Luka Modric have agreed to extend the player’s contract, which remains with the club until June 30, 2022.” read a club statement.

Modric, 35, has spent his last nine years at the club since joining Tottenham in 2012 in a deal worth £30 million.

Since then he has made over 380 appearances for the club winning UEFA Champions League titles and two La Liga titles as well as three FIFA Club World Cup and a single Copa del Rey title.

In the just-concluded season, Luka Modric played 35 out of the 38 La Liga games for Real Madrid and also featured in 12 UEFA Champions League matches as Real Madrid fell in the quarter-final stage of the competition to Chelsea.

The player who has been linked with a move to the MLS and Inter Milan, scored six goals in all competitions this season as Real Madrid finished second behind Atletico Madrid in the La Liga.

Real Madrid finished second behind Atletico Madrid in the La Liga season with just two points as Diego Simeone’s side secured the title on the final day after defeating Real Valladolid 2-1 thereby rendering inconsequential, Real Madrid’s 2-1 win against Villarreal at the Alfredo di Stefano also on the final day of the season.