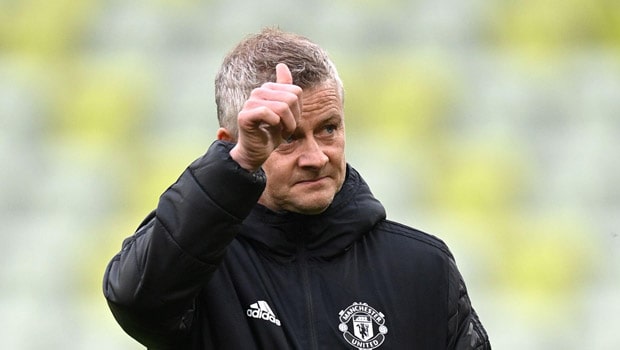 Manchester United will look to win their only title this season and Ole Gunnar Solskjaer’s first title as a Manchester United manager when they face Villarreal in the UEFA Europa League final on Wednesday.

The Red Devils face Villarreal in Gdansk Poland ok Wednesday evening as they hope to win the Europa League for the second time since 2017 when they defeated Ajax.

The Premier League second-best team for the recently concluded season ensured a bit scare in the second leg of their semi-final fixture with AS Roma in Italy.

After winning the first leg 6-2 at the Old Trafford, Manchester United was defeated 3-2 in Rome to win 8-5 on aggregate.

Meanwhile, Villarreal defeated Arsenal 2-1 on aggregate after defeating Unai Emery’s former side 2-1 at the la Ceramica Stadium in the first leg before playing a 0-0 draw at the Emirates Stadium in the second leg.

The Yellow Submarines failed to secure a UEFA Champions League spot for next season after finishing the season in 7th position on the La Liga table.

While a UEFA Europa conference league spot is confirmed for the Yellow Submarines, they need to win Wednesday to secure a return to UEFA Champions League football next season.

Meanwhile, they have been boosted with the return of Nigerian winger Samuel Chukwueze who joins the final squad after recovering from a tight injury.

For Manchester United, they have been hit with injury worries as captain Harry Maguire and defender Eric Bailly are both in doubt for the game.

English defender Harry Maguire failed to join training on Tuesday afternoon as he still struggles with an ankle injury and Eric Bailly sustained an injury during Tuesday’s training.

Manchester United will also be without Anthony Martial and Phil Jones because of knee injuries.