Keylor Navas up for Real fight 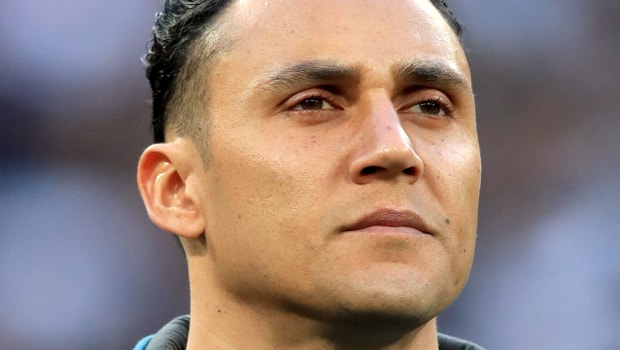 Real Madrid goalkeeper Keylor Navas has vowed to stay and fight for his place following the arrival of Thibaut Courtois from Chelsea.

Navas joined Los Blancos, who are priced at 8.00 to win the Champions League, from Levante in the summer of 2014 after helping Costa Rica reach the 2014 World Cup quarter-finals.

He was one of three nominees for the Golden Glove Award in Brazil and Real wasted no time in adding the stopper to their ranks.

The 31-year-old had to bide his time initially, with Iker Casillas ahead of him in the pecking order, but he replaced the Spaniard between the sticks when the 2015-16 season got underway.

However, it looks like he may be spending more time on the bench in 2018-19 after the Spanish giants announced the signing of Courtois on Thursday.

Courtois also joins off the back of a good run at a World Cup, having helped Belgium to finish third, and he did win the Golden Glove Award in Russia this summer.

After penning a six-year contract, he is expected to go straight into the starting XI but will face competition from Navas, who insists he will be staying put.

Navas said: “Tell everyone loud and clear, I have as much enthusiasm for leaving Madrid as I do for dying.

“Of course, and I say this with force, I have the same desire to leave that I have to die.”