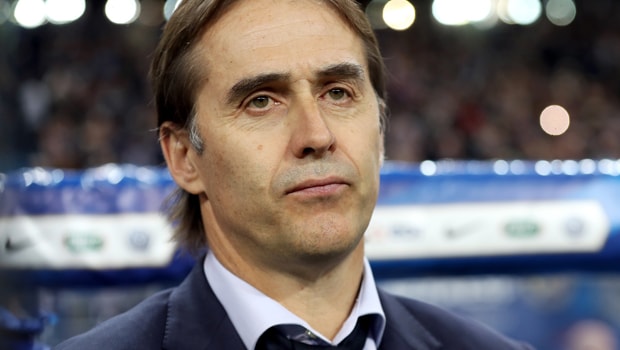 Former Spain boss Julen Lopetegui has reflected on what has been a ‘surreal’ week after he was officially presented as Real Madrid’s new coach on Thursday.

It was revealed on Tuesday that Lopetegui would be succeeding Zinedine Zidane at the Santiago Bernabeu following the conclusion of the World Cup, but less than 24 hours later Spain chose to relieve the 51-year-old of his duties with immediate effect.

Fernando Hierro has replaced Lopetegui as Spain coach, with La Roja set to play Portugal in their opening match of the World Cup on Friday.

Lopetegui has now confirmed his departure from Spain was his ‘saddest’ day in football, but he insists he will still be supporting the team in Russia.

He told reporters at his official presentation as Madrid boss: “Yesterday [Wednesday] was, after the death of my mother, the saddest of my life. Today is the happiest day of my life.

“It was a surreal day. One of the nice things about such a difficult day was the respect and affection shown to me by the players.

Respect is earned and I think I earned it. My staff and I worked really hard and they’ve taken that dream away from us.

“I will watch and be supporting like any other Spaniard. I feel I have participated in that team and I believe we are going to have a great World Cup, despite everything.”

Lopetegui now faces a daunting task at Real, as he must maintain the high standards of his predecessor in Europe, as Zidane guided Los Blancos to three consecutive Champions League crowns.

Domestic glory will also be on Lopetegui’s agenda and Real are priced at 2.25 to regain their La Liga crown next term.