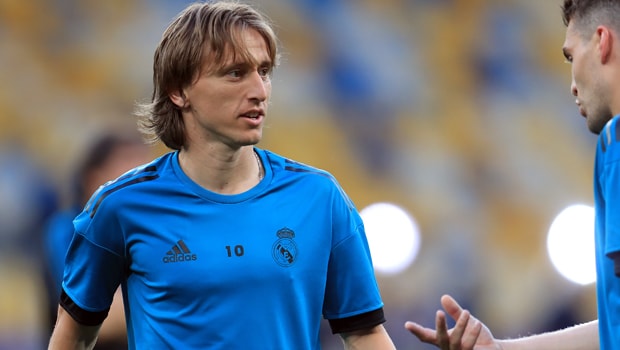 Julen Lopetegui is convinced Luka Modric will still be a Real Madrid player after the transfer window closes despite speculation linking him with a move away from the Bernabeu.

Croatia international Modric has enjoyed a trophy-laden spell with Los Blancos, as he has won 14 major honours since arriving from Tottenham in 2012, including four Champions League crowns.

The 32-year-old has also enjoyed success with his country, as he was named the player of the tournament at this summer’s World Cup after helping Croatia reach the final before they were ultimately beaten by France.

Despite the fact he has been a key man for Real in recent years, speculation has gathered pace that the midfielder could be on the move this summer, with Inter Milan being mooted as a potential destination.

Real have been quick to play down such talk, with president Florentino Perez recently stating that the club will only sell if Modric’s €750million release clause is met, while Lopetegui has now also confirmed the former Dinamo Zagreb will be going nowhere.

“I think the president said it, I don’t think there’s much more to add,” Lopetegui told reporters.

“He’s made it concise and clear. Luka Modric is an extraordinary player and we’re waiting for him with open arms.”

Modric is yet to return to the Real fold following his exploits at the World Cup, but Lopetegui expects him to begin pre-season training next week and he is hopeful the midfielder could feature in this month’s UEFA Super Cup against fierce rivals Atletico Madrid.

“We will see him when we get back on August 8 and we’ll see if he is available on the 15th in our first key match,” Lopetegui added.

Real have won the Super Cup in each of the last two years and they are priced at 2.40 to win this year’s European curtain-raiser in 90 minutes, while Atleti are available at 3.10 and the draw is on offer at 3.20.