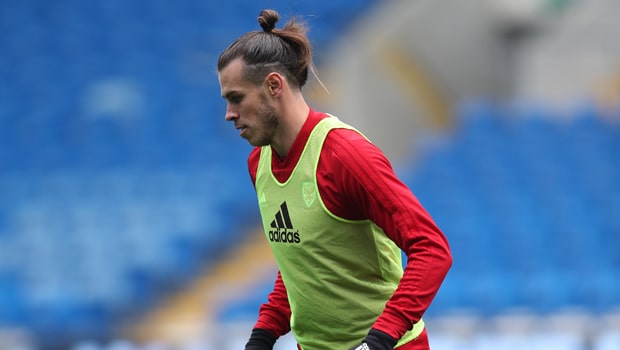 Real Madrid’s intense search for a second win in this 2019/2020 La Liga season hit yet another roadblock as they were held to a thrilling two all draw with Villarreal at Estadio de la Cerámica on Sunday evening with Gareth Bale getting on the score sheet twice before being red-carded in the final moments of the game.

The yellow submarines soaked up some early pressure from Madrid, and eventually took the lead on 12 minutes through Gerard Moreno. Sergio Ramos having lost possession and Villarreal worked to force Thibaut Courtois into a save – but he was only able to spill it into the path of the striker who scored perfectly.

As the half progressed, Zinedine Zidane’s men were forced onto the back foot, with the home side making their presence felt in the match. Samuel Chukwueze and Toko Ekambi on their path, squandered their chances to extend the lead. Karim Benzema on his path, attempted to carve out an opening for himself, but he saw his shot cannon back off the post.

Bale’s tap-in on the stroke of half time found the away side an equalizer. Dani Carvajal played a delightful one-two with Luka Jovic, before squaring the ball for Bale to find the net to bring then game to a first-half score draw.

Real Madrid’s tempo improved just after the break and Ferland Mendy – making his competitive debut for the club – became more of an attacking outlet down the left. Karim Benzema saw his poked home on the hour mark ruled out by the referee and VAR.

However, Moi Gomez, in the 74th minute, was able to restore his team’s lead, following a low cross into the box. The Los Blancos frantically intensified their search for an equalizer and one player to step up and provided some quality-Gareth Bale. That was Bale’s second goal of the night with five minutes remaining.

However, regrettably, the winger was then sent off in the last minute for a second bookable offense. Zidane will be looking to improve on his performances with his current squad, as he is not able to sign any player when the transfer window ends on September 2. They will play their next match against Levante on September 14.