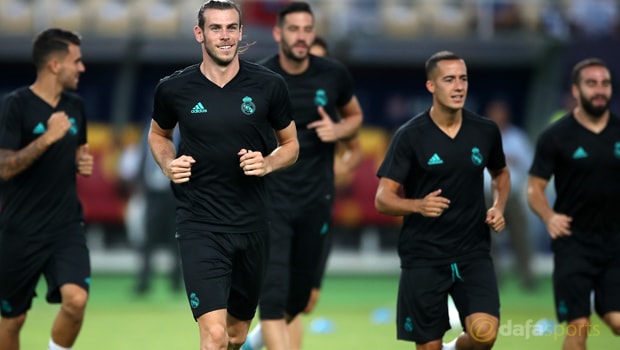 Real Madrid forward Gareth Bale says you can “never rule out anything in football” amidst reports he has emerged as a summer transfer target for Bayern Munich.

Wales international Bale, who joined Los Blancos in 2013 from Tottenham in a then world record deal, was a regular first-team fixture during his first three seasons, making 81 La Liga appearances and scoring 47 goals.

However, the 28-year-old has slipped down the pecking order over the past year due to a lack of form and several niggling injuries.

The forward has only started three Champions League matches this season and it is unclear whether he will be handed a chance in Wednesday’s semi-final, first-leg against Bayern at the Allianz Arena.

Ironically, the Bavarians are reportedly interested in the Cardiff-born star and the German champions are keeping a close eye on his situation ahead of the summer transfer window.

Bale, who has also been linked with a return to the Premier League, says he is a Madrid player for the moment but refused to pour cold water over Bayern rumours.

“You can never rule out anything in football,” he told Bild. “Currently I play at Real Madrid and I enjoy that.

Bayern have a fantastic squad and in the past they have always been one of the most successful clubs in Europe.

“It’s an honour for everyone to be linked with this club. But as of now, I am a Real Madrid player.”

Bayern are 2.05 favourites to win the first leg on Wednesday, a draw is priced at 3.75 while the visitors, who are going for three successive Champions League titles, are a 3.30 chance.