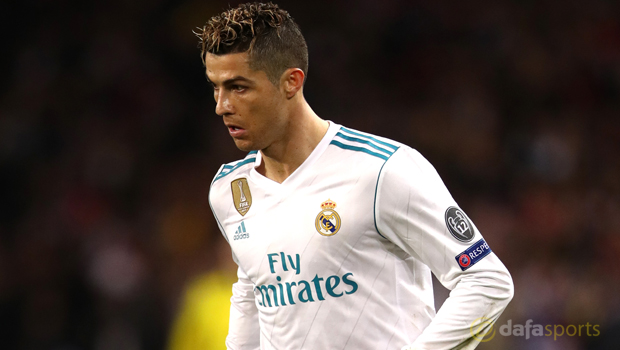 Cristiano Ronaldo has praised referee Michael Oliver for handing Real Madrid the late penalty on Wednesday that helped the European Champions dramatically secure their place in the Champions League semi-finals.

Madrid led 3-0 from the first-leg after thrashing Juventus in Turin and, with the second encounter taking place at the Santiago Bernabeu, many thought the Old Lady had no chance of progressing.

However, the Italian champions produced a brilliant performance and a brace from Croatia international Mario Mandzukic before the break followed by a Blaise Matuidi strike levelled the aggregate scores at 3-3.

It appeared the tie would be heading to extra time but, deep into stoppage-time, referee Oliver awarded Los Blancos a penalty after Lucas Vazquez went down in the box after a challenge from Mehdi Benatia.

Incensed by the decision, Juventus goalkeeper Gianluigi Buffon was shown a red card for dissent – a terrible way to end what turned out to be his final Champions League appearance – before Ronaldo dispatched the spot kick with authority.

Madrid lost 3-1 on the night but progressed 4-3 on aggregate and their Portuguese match winner says the reaction to Oliver’s decision was way over the top.

“I don’t understand why they are protesting,” Ronaldo said to reporters after the game.

“Lucas was tackled from behind and if they don’t give him the penalty, it’s a goal.”

Madrid are 2.50 favourites to win the Champions League for the third straight season, Bayern Munich are a 2.88 chance, Liverpool are priced at 4.00 after knocking out soon-to-be Premier League champions Manchester City and Barcelona’s conquerors Roma are 11.00 outsiders.