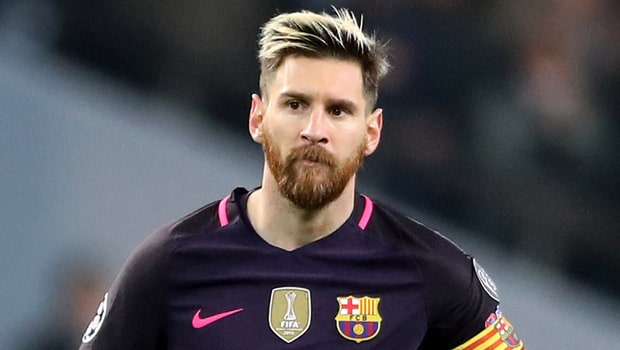 FC Barcelona captain Lionel Messi requested to exit the Camp Nou after a disappointing and trophyless 2019-20 season for the Spanish giants Barcelona.

According to reports, the 33 year-old Argentina international stated his interest, in triggering the clause in his contract which will terminate his contract, on Tuesday through a fax to the club.

If successfully granted the wish, Messi will need a club to meet his 700 Million Euros buy-out clause.

Earlier on after an 8-2 defeat to Bayern Munich in the quarter-finals of the UEFA Champions League on the 16th of August, Lionel Messi was reported to favour a move out of the Camp Nou.

Messi debuted for Barcelona in 2004, winning the UEFA Champions League four times and winning the Ballon D’Or six times on a personal level.

Meanwhile, the Barcelona hierarchy will meet as soon as possible to decide on the player’s action, especially in order to give newly appointed Ronald Koeman time to set his plans straight ahead of the new season.

It is believed that the resignation of the club President Josep Maria Bartomeu, as well as early elections could appeal to the Argentine to stay behind.

However, this may not be enough as it is being said that Messi has never been closer to leaving Camp Nou than it is right now.

The Catalunya clubside has been involved in a lot of controversies lately with Eric Abidal shown the exit door recently while Quique Setien was sacked as the manager after the loss to Bayern.

Eric Abidal earlier in the year had suggested that some players were not performing well for their former manager Ernersto Valverde.

Meanwhile, some players have been declared surplus to requirements and may leave the club soon. The players include Luis Suarez, Jordi Alba, Sergio Busquets,  Gerard Pique, Ivan Rakitic and Arturo Vidal.