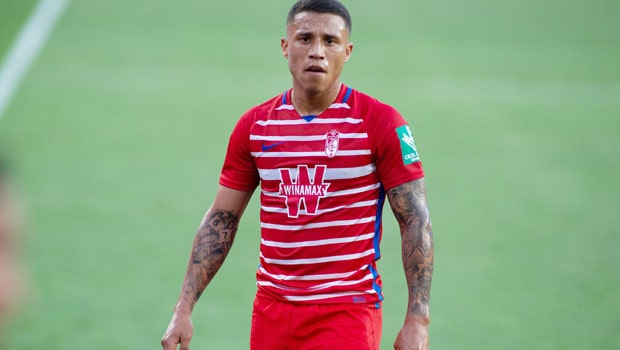 Barcelona’s bid to move to the top of the La Liga table was dealt a heavy blow on Thursday evening as a late onslaught by Granada gave the visitors a shock 2-1 win on the night at the Camp Nou.

Barcelona was third on the La Liga table with 71 points before the game, with two points behind the league leader Atletico Madrid.

The Blaugrana took the lead in the first half in the 25th minute through Argentina forward Lionel Messi.

Darwin Machis got the equalizer in the second half for Granada on the 63rd-minute mark, before substitute Jorge Molina headed in the winner late on.

The result means that Barca remains in the third position with 71 points, two points behind Atletico Madrid, who sits at the top of the table and level on points, with Real Madrid in second place.

Ronald Koeman’s side will face the league leaders Atletico Madrid on the 8th of May in a game that may well decide the La Liga title.

It is a game that both teams will not want to drop points as a draw would be in favor of the Los Blancos, who would go top if they win their game against Sevilla that weekend

The La Liga title is still very much open to the four teams in the top four positions of the log. Atletico Madrid is in the first position with 73 points. Real Madrid is second with 71 points, Barcelona follows in third with 71 points, and Sevilla is in fourth with 70 points.