Real Madrid kicks off 2022 with loss at Getafe 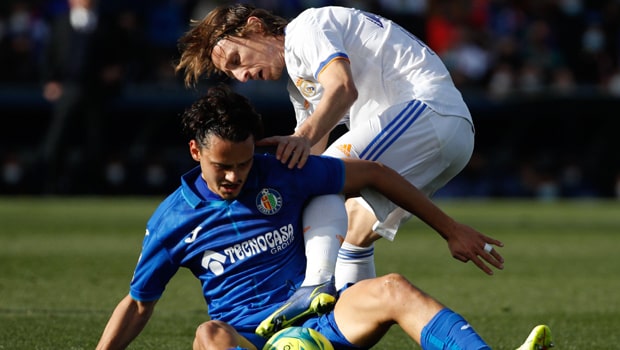 Real Madrid travelled to Getafe without Vinicius Jnr in the starting lineup but still failed to get something out of the game despite a frontline of Benzema, Rodrygo and Asensio.

The game’s only goal came from an Eder Militao’s error after he was robbed of the possession by Enes Unal in the box.

Luka Modric was Real Madrid’s biggest chance of scoring an equaliser, but he was denied by the woodwork on one occasion and Getafe goalkeeper’s brilliant performance in between the sticks.

While Real Madrid are still 8 points ahead of Sevilla in second place, the lead could be cut short as Sevilla will face Cadiz on Monday while still having one more game in outstanding to be played. The loss is Carlo Ancelotti side’s first in the La Liga since October 2021, ending their 15-match unbeaten run.

Real Madrid coach Carlo Ancelotti explained that his team didn’t deserve to lose but did because they played like a team still on holiday.

“There isn’t much to say about the game, we just stayed on holiday for one more day. The team didn’t look like the one that played before Christmas. We looked like another team, with less concentration, less commitment,” Ancelotti said

Meanwhile, Atletico Madrid started the year on a winning note with a 2-0 victory over Rayo Vallecano at the Wanda Metropolitano Stadium.

Angel Correa scored a goal in each half of the game to give Diego Simeone’s team a good start to the year. Meanwhile, Elche and Granada played out a 0-0 draw.

Barcelona also claimed a decisive victory over Mallorca. Luuk de Jong scored the only goal of the match, which gave a depleted Barcelona side the crucial win.

Meanwhile, Sevilla will face Cadiz on Monday, while Villarreal will go up against Levante, and Bilbao will play Osasuna.