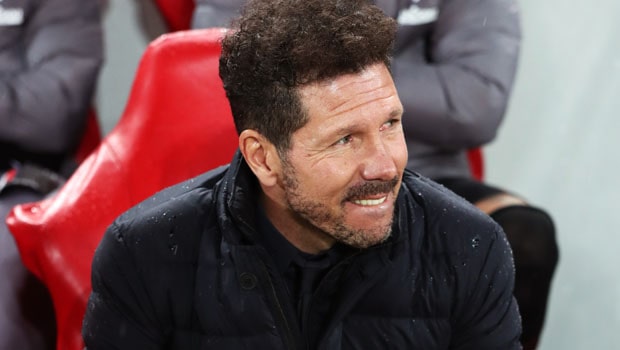 Diego Simeone has revealed that French Striker Moussa Dembele could make his first appearance for Atlético Madrid before February.

Dembele joined the La Liga leaders from Ligue 1 side, Lyon, on a six-month loan deal in the January transfer window, with an option to buy at the end of the loan deal.

However, he has failed to make an appearance for the team as he continues to work towards full fitness after suffering from a broken hand injury.

However, Simeone has revealed that despite the former Celtic striker recovering from the injury, he will get his chance at the right time.

He was available on the substitute bench against Valencia but, he didn’t have his debut.

“Dembele didn’t play because I felt it wasn’t the right time for him to do it (against Valencia), he is training well and, he will soon have his chance. Luis Suarez was playing a very good game (against Valencia) so there was no reason to take him out.” Simeone said.

Former Barcelona striker Luis Suarez has continued to score goals and Sunday’s 3-1 win against Valencia in the La Liga at the weekend was not an exception with his 7th goal in his last seven games for the Los Rojiblancos.

Atletico has a seven-point lead at the top of the log ahead of Real Madrid with a game in hand. Atletico will face Cadiz away from home in the La Liga next weekend.

Atletico is Dembele’s fourth team, having made his senior debut for Fulham in 2013 before moving to Celtic in 2016.

He then moved to France with France after two successful years in Scotland.