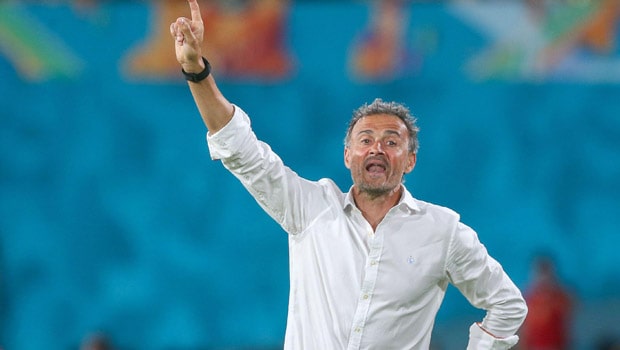 Former European champions Spain were held to a 0-0 draw by Sweden in their Group B opener in the Euro 2020 match played on Monday at the La Cartuja.

Luis Enrique’s side was very dominant in the game with a lot of possession play but the La Roja failed to take advantage as they spurned chance after chance.

Spain’s best chance of the game fell to Juventus striker Alvaro Morata who failed to hit the target while Sweden striker Alexander Isak also had the best chance for the Swedes but his shot was only deflected onto the post as goalkeeper Unai Simon gobbled the loose ball.

Spain’s pre-tournament preparations were scuttled by a late Covid-19 surge in the squad and initially, there were controversies as regards the selection of Luis Enrique which saw no Real Madrid player in the team to the Euros including skipper Sergio Ramos.

The Spaniards will now play Poland, who lost their opening game 2-1 to Slovakia earlier today, on Friday why the Swedes will face Slovakia the same day.

Slovakia defeated 10-man Poland 2-1 in a spirited performance against Robert Lewandowski-led side. Robert Make had his shot bounce off the base of the woodwork but was guided into the Polish net off Wojciech Szczesny in the 18th minute.

Torino midfielder Karol Linetty then equalized for the Poland national team just after the halftime break but they were reduced to 10 men a few minutes later when Grzegorz Krychowiak was sent off.

Inter Milan’s Milan Skriniar then got the winning goal for Slovakia late into the game.

Also, the Czech republic’s defeated Scotland 20 at Glasgow park to start their euro 2020 on a winning note. Bayer Leverkusen forward Patrick Schick scored a brace including a contender for the goal of the tournament.

On Tuesday, action in group F will start as Portugal face Hungary while Germany and France will battle each other.