Posted by OLADIPUPO MOJEED on February 24, 2022 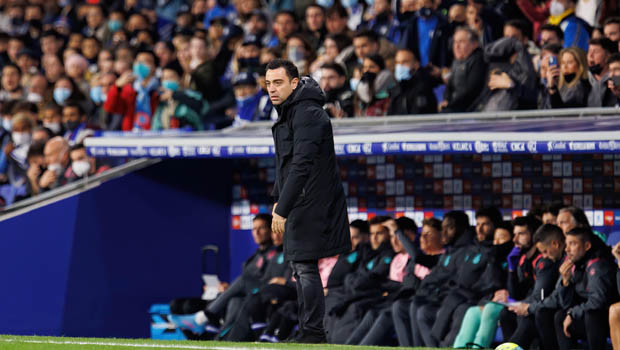 Barcelona coach Xavi Hernadez wants his side to dominate and impose their game when they face Napoli tonight’s Europa League play-off clash.

Napoli had secured a 1-1 draw at the Camp Nou in the first leg of the encounter.

Now there won’t be any pressure on Barca because there has been a removal of the away goals rule. This means Napoli need to secure a win at the Stadio Diego Armando Maradona if they want to progress to the next stage of the competition.

Speaking in a press conference ahead of the game, Xavi said Barcelona will face the match as if we had won 2-1 or 3-1. He added that Napoli will enjoy some possession through pressing. He said his team will dominate the game impose our game with possession of the ball.

While noting that Napoli will have the home advantage, Xavi said it is an important fan base, but his team needs to follow the agreed system.

Xavi added that with Barca style, the team is ready.

The coach expected the hosts to press high and make Barca commit errors.

Xavi, who wants his team to play in their half of the pitch, said the Serie A side will be a physical team.

While admitting that there will be confrontations for the ball, former Spain international said Napoli are at the level of the Champions League and fighting for the Scudetto.

Xavi, who didn’t express any worried before the game, said his side will have to keep the ball. He added that every game is like a cup final.

Xavi said his lads are determined to win, having not done their homework well.

The Barcelona coach spoke also pointed out that it will be disappointing if they are eliminated.

Acknowledging the fact that it’s a European competition, he said Barca can compete. We did well in the first leg.