Xavi: Dembele can be best in the world in his position 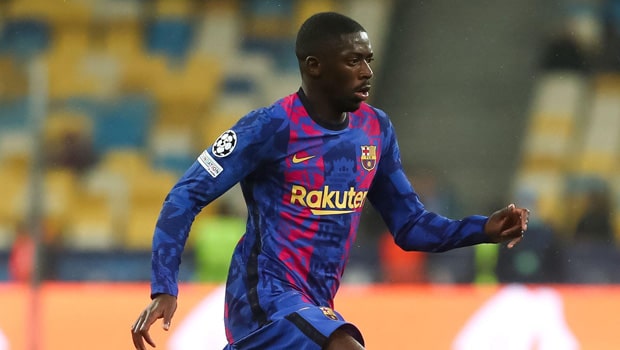 Newly-appointed Barcelona manager Xavi Hernandez and said French forward Ousmane Dembele can be the best in his position in the world.

Xavi said this when speaking  about the contract situation of some of the players who will be running out of contract in the summer of 2022, as well as players whose situations were uncertain after falling out of favour with Ronald Koeman.

The former Al Sadd manager also revealed that he will give the likes of Samuel Umtiti and Clement Lenglet the opportunity to impress him but getting a new contract for Dembele was his priority.

“For me, Dembele, he can be the best player in the world in his position.

“But you have to work with him and demand it. It depends on him, on his mentality, that he is free from injury, that he has high performance levels. His renewal is a priority for me.” Xavi said.

Dembele moved to the Camp Nou in summer of 2017 but his time at the Camp Nou as been marred by several injury issues.

Despite playing 30 La Liga games for Barcelona last season, Ousmane Dembele Is yet to feature for the Catalonia side this season.

Barcelona needs to win their next UEFA Champions League game against Benfica to put their chances of qualifying for the next round of the competition in a good balance.

They have only scored twice in the Champions League group stage this season and both could have come against both opponents in 1-0 victories  against Dynamo Kiev home and away.