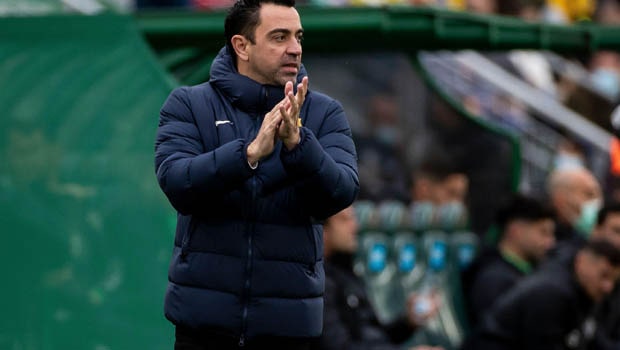 Barcelona manager Xavi has not ruled out the possibility of his team mounting a late title challenge in the La Liga after a string of wins that have now run into a 4-game winning streak.

Xavi took over Barcelona last November from Ronald Koeman, who was sacked by the Catalonians. The former Al Sadd coach took over at the helms when Barcelona was tenth on the table.

Since then, Xavi has overseen a good turn in the fortunes of the club, raising them from tenth to third on the table. Barcelona now has 48 points from 26 matches. They also have a game in hand with 15 points behind Real Madrid, who sit at the top of the table.

Barcelona has four wins in their last five matches in all competitions, along with a draw. And with the addition of Adama Traore from Wolves, Pierre Emerick Aubameyang from Arsenal and Ferran Torres from Manchester City, the team’s performance has taken a huge improvement which raises optimism ahead of the El Clasico.

“At the moment, we are not ruling anything out, knowing that Madrid is strong. We have to climb positions. We are still fourth, and we have to go to third.” Xavi said.

Barcelona did beat Elche 2-1 as Memphis Depay scored a late penalty last weekend, but it only gets tougher, although two more wins can get them within a point of Sevilla in second, who leads them with seven points at the moment.

The 42-year Old manager will see his team face Turkish side Galatasaray in the quarter-finals of the UEFA Europa League on Thursday before further fixtures against Osasuna, a second-leg fixture against Gala before the El Clasico next weekend.

The Europa league has shown Xavi’s impact in another dimension as well. Barcelona didn’t score more than two goals in the UEFA champions league group stage as they crashed out with just the double leg victories over Ukraine side Dynamo Kyiv in a group that also had Bayern and Benefica.

Barcelona has now grown confident, having beaten Napoli 5-3 on aggregate in the UEFA Europa League. La Liga has eleven rounds of matches left.