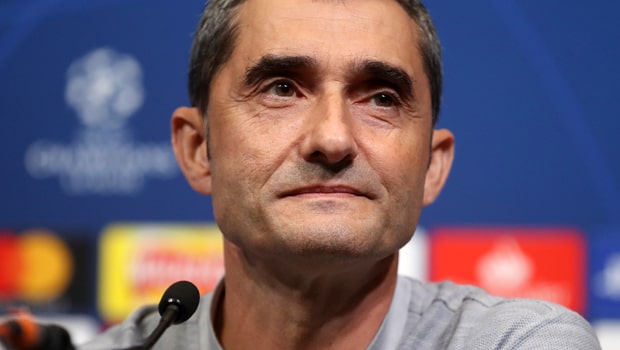 Head coach Ernesto Valverde says Barcelona are “hurt” after their Champions League exit but is optimistic they will recover to finish the season in a strong manner.

Leading 3-0 from the first leg of their semi-final against Liverpool, the Catalans made the trip to Anfield on Tuesday night with one foot already seemingly in the final.

However, what transpired over the second 90 minutes of action was one of the greatest European comebacks of all time, with the Reds scoring four unanswered goals to win the tie 4-3 on aggregate.

Ecstasy for one was dismay for the other, and several questions have been asked about Barcelona’s performance on the night and how they crumbled so easily when put under pressure by Jurgen Klopp’s men.

The Spanish giants, who have already wrapped up the league title this season, have the chance to end the campaign on a positive note when they take on Valencia in the Copa del Rey final on May 25.

Speaking ahead of this weekend’s La Liga fixtures, Valverde says his players have been hit hard by the European exit but is hoping they can bounce back in time for the showdown against Los Che. “We are hurt,” he said at a press conference.

“I’m not going to deny it. We have a responsibility with ourselves and with our fans. We can lose a tie, a semi-final against Liverpool because they are a great team. “The problem was how we lost. How they came back from such an advantageous situation.

We have to take a step forward. It’s hard, it feels like our legs are heavier. What flowed before is different now. But we have to overcome it.”