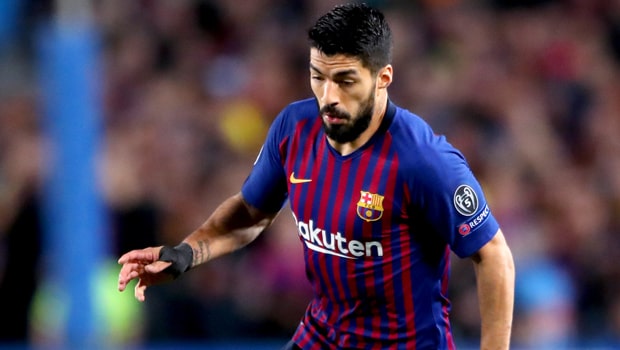 Luis Suarez has expressed his displeasure at Barcelona’s showing against newly promoted side Granada. The Blaugranas have endured their worst start to a La Liga season in 25 years.

The striker accepted that the Catalan club’s loss against Granada was above other things very worrying.

Goals from Alvaro Vadillo and Ramon Azeez took Granada to the top of the Laliga standings and worsened the Blaugranas increasingly disturbing crisis.

Barcelona are now without a win in their last seven games across all competitions with their start to the season their worst since the 1994-95 campaign.

In spite of their poor form, Barcelona are only three points off the summit of the Laliga table. Uruguayan striker Luis Suarez has now called on Barca’s gaffer Ernesto Valverde to buck up their ideas quickly.

Suarez stresses that the team had to be self-critical in order to improve. He admitted that it was difficult for the team having conceded just inside of two minutes. That said, Suarez says it is inappropriate to consider the club’s poor start as a continuation of their underwhelming end to their last campaign as suggested by stats shared all over social media.

The folks at the Camp Nou currently sit seventh on the League standings, fetching a total of seven points from their five league games.

On the other hand, Granada sits on top of the pile with 10 points, although Real Madrid or Sevilla could move top of the standings with their clash on Sunday.

Barcelona will now have their eyes set on their next game at the Camp Nou against Villarreal before making a trip to Getafe next weekend.

Many fingers point to Ernesto Valverde as the main cause of problems in the team. His critics can’t see how a team who boasts stars in Frenkie de Jong, Antoinne Griezmann and Luis Suarez not mentioning Lionel Messi can look bang average in the final third.
Valverde will be looking to help his team to comfortable wins in their following games to secure his future at the Camp Nou.

Barcelona have an opportunity to redeem themselves against Villareal on Tuesday. The Catalan giants are backed at 1.33, while Villareal are priced at 8.52 to win.