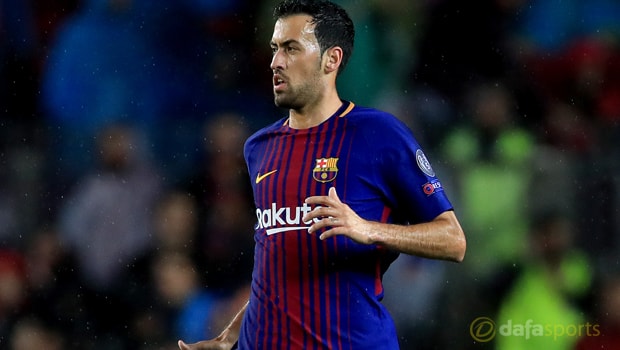 Sergio Busquets believes there are still some tough times ahead for Barcelona as they look to wrap up the La Liga title.

The Blaugrana pulled eight points clear of second-placed Atletico Madrid on Sunday as Lionel Messi’s third free-kick in as many games guided them to a 1-0 triumph at Camp Nou.

Messi made his own piece of history by bagging his 600th career goal in what was an stern test of their credentials against a physical Atleti.

Barcelona, who can be backed at 5.50 to win the Champions League, still remain unbeaten in La Liga this term, having won 21 games and drawn six times, and they are 15 points clear of rivals Real Madrid.

Busquets was full of praise for the overall performance on Sunday but admits they had to suffer to get through with all three points.

“We’re proud. The team gave everything. We were better. We had possession, chances and Leo’s goal was sensational,” Busquets said.

“This is how you win La Liga. Suffering and winning against the best and today we have beaten the team second in the table.”

The Spain international, who has already won the league crown on six occasions, believes they will still have to overcome some tough challenges before he can add a seventh to his CV.

He added: “It’s not over. There are still tough games between now and the end of the season.

“It’s true we have the head-to-head over Atletico now, but we will take things game by game. The calendar is demanding but we’re excited to keep on moving forward and to do big things.”