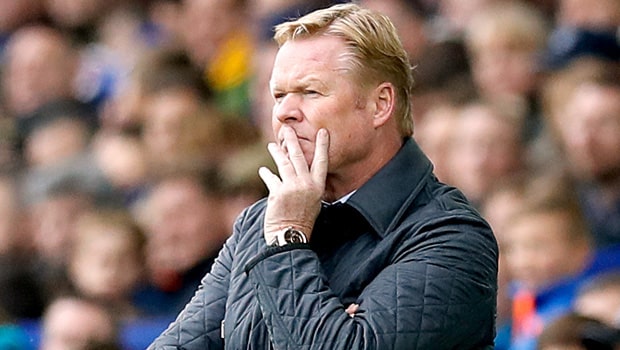 Barcelona manager Ronald Koeman has revealed that his team still has what it takes to compete with the best teams in Europe ahead of their UEFA Champions League Round of 16 ties with PSG.

The French champions visit the Camp Nou in Tuesday’s clash with Barcelona in good form but far behind in the race for the La Liga title.

Barcelona has only lost once in their last six games in all competitions, beating Alaves 5-1 on Saturday but they sit in the third position with eight points behind leaders Atlético Madrid who still have two games in hand.

PSG also has not had it smooth having changed manager recently, appointing Mauricio Pochettino to replace Thomas Tuchel.

They also sit second in the French Ligue 1 with one point behind league leaders Lille. In 10 matches that PSG has played in 2021, they have only failed to win twice.

PSG lost 3-2 to Lorient on the 31st of January and a 1-1 draw with Saint-Etienne in Pochettino’s first game in January.

Despite the form of their French opponents on Tuesday in the UEFA Champions League, Ronald Koeman believes his team has the quality to beat any team.

“The team is doing better, the team is playing good, on a high level, physically the team is on a high level and we still have fantastic players. That means we can beat everyone. That’s what we like to show, that we can compete with the best teams in Europe.” Koeman said.

Barcelona will be without some players due to injury as Martin Braithwaite, Sergi Roberto, Ansu Fati, Gerard Pique, and Philippe Coutinho are out injured.

PSG are also without Brazilian forward Neymar as well as Angel Di Maria.