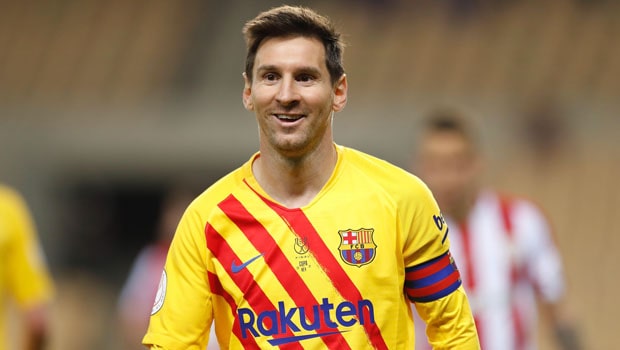 The Forward was previously vocal about his desire to leave the Camp Nou earlier in the season.

However, the Argentine is out of contract at the end of the season, and is free to negotiate with other clubs.

Since sorting the controversy surrounding the club’s leadership in January and with the appointment of Ronald Koeman as manager, Messi and Barcelona have reached stability and has been fighting for the title.

However, the club has not been able to convince Messi to extend his contract and PSG are testing his resolve with a lucrative 2-year deal.

The Parc De Princes side are confident that the Argentina skipper will find it difficult to turn down the deal based on the financial details which are not revealed.

Messi leads La Liga’s goalscoring chart with 25 goals in 30 matches he has featured in this season. He also had 5 Uefa Champions League goals, although the team was knocked out in the Round of 16 by PSG.

Nevertheless, the Blaugrana has the opportunity of winning a double, having lifted the Copa Del Rey title after they defeated Athletic Club to win the title.

Ronald Koeman’s side are also in the race for the La Liga title with 2 points away from Atletico Madrid, who sits at the top of the table.

They can go top of the table if they win their outstanding game against Granada on Thursday.

Barcelona are third on the table with 71 points from 32 games played, and they are in form having lost just once in their last 12 games, the 2-1 loss to Real Madrid at the Alfredo Di Stefano in the El Clasico.

Also, Barcelona will play Valencia at the weekend.