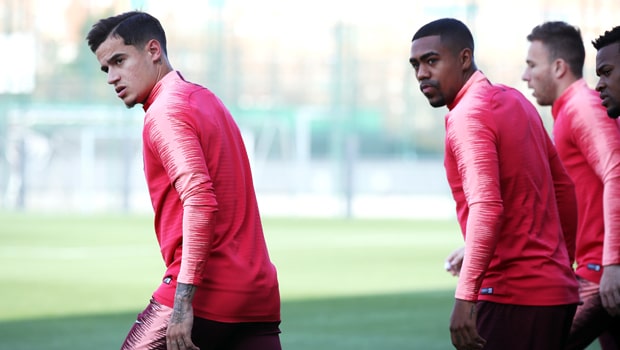 Philippe Coutinho has added to speculation over his future at Barcelona by suggesting he is not sure where he will play his football next season.

The playmaker is on international duty with Brazil and reporters asked him about rumours linking him with a move away from Camp Nou. After a goalless draw with Venezuela in the Copa America, Coutinho said: “I do not know, the future nobody knows, I am focused to play with the national team now.”

The 27-year-old joined Barcelona from Liverpool in January 2018, but, after a good start to his career with the Spanish giants, his form dipped last season.

He made 34 La Liga appearances last season but managed just five goals and two assists and has been the subject of criticism from fans.

Earlier this month he admitted his form last season hadn’t been good enough, saying: “I have not had a good season. My performances have been a lot worse than I expected they would. The only way to improve and gain confidence is through hard work, and I have been working hard.”

Coutinho has been the subject of reported interest from Manchester United, Chelsea and Paris Saint-Germain.

Coutinho was on the scoresheet for Brazil in their Copa America opener in the victory over Bolivia at the weekend, scoring from the penalty spot in a 3-0 win. The draw with Venezuela leaves Brazil top of Group A with their final group game against Peru. The final of the tournament takes place in Rio on July 7.

Last season Barcelona won the La Liga title but were beaten finalists in the Copa del Rey and lost in the semi-finals of the Champions League, Liverpool claiming a dramatic win after losing the first-leg 3-0 at the Camp Nou.

Barcelona are 6.50 to win the Champions League with Manchester City 5.50 and Juventus 9.00.