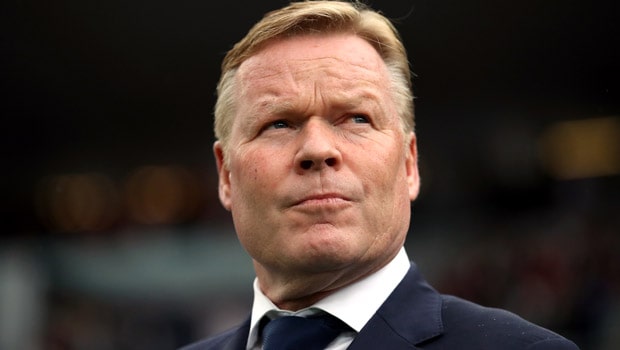 Newly appointed Barcelona manager Ronald Koeman has stated that he may need to convince the club captain Lionel Messi to remain at the club.

The Dutch was appointed on a two-year contract after Quique Setien was sacked following the embarrassing 8-2 loss to Bayern Munich in the quarter-finals of the UEFA Champions League.

With the loss, it becomes the first time since the 2007-2008 season that the Catalonia side will go trophyless, prompting rumors that the Argentine is planning to leave the club.

However, Koeman has stated that irrespective of the reports, Messi remains contracted to Barcelona as a player and that he would love Messi to stay, as he has the ability to win a game if he can still maintain the same level he had shown previously.

“He’s still has a contract and is still a Barcelona player. At this point, I need to speak to him because he is the captain. We need to work with him and speak with various players. We need to make some decisions, but in Messi’s case, I hope he stays with us. I don’t know if I have to convince Messi to stay, whether it’s that or not. He is the best player in the world and the best player in the world you want in your team, and you don’t want him playing against you.” Koeman was quoted saying.

Koeman led Netherlands to the UEFA Nations League final last year and still has two years left on his Netherlands contract before being appointed at Barcelona.

Earlier in the week, Eric Abidal was sacked as the club’s sporting director while Koeman has previously worked in the English Premier League as a manager for Everton, Southampton, and Valencia in Spain and several clubs in Netherlands including PSV and Ajax.