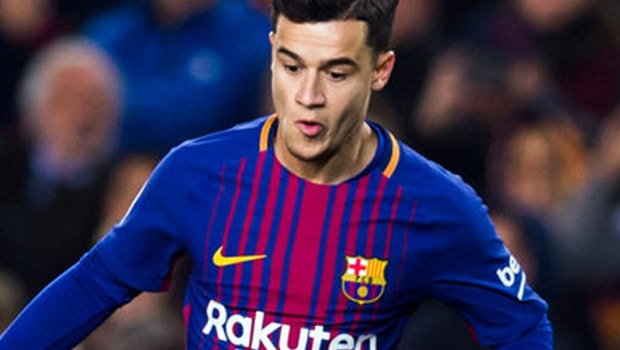 Philippe Coutinho admitted to feeling nervous ahead of his Barcelona a debut against Espanyol in the Copa del Rey.

The Brazilian playmaker came on as a second half substitute, replacing Andres Iniesta, as Barcelona overturned a first-leg deficit to oust their city rivals 2-1 on aggregate, with Luis Suarez and Lionel Messi firing the goals in the first half.

Like Suarez before him, Coutinho swapped Liverpool for Barcelona this month when he became the Catalans record-signing in a deal worth £146m.

Coutinho was unable to make his debut until Thursday due to a thigh injury, and he faced an Espanyol side where he spent a season in 2012.

There were some nerves but he says that his Barcelona teammates and the Nou Camp fans made things much easier for him once he came on.

“For me it’s a great night, a very special night. They are my first minutes with this club and I’m very happy, thrilled,” he told Barca’s website afterwards.

“The reception I got from the fans and the players left me happy. I was a little anxious, nervous, but the way they all received me left me very calm.”

Barcelona join Valencia, Sevilla and Leganes in the last-four, with arch-rivals Real Madrid having crashed out this week already on away goals at Leganes.

Getting off to a winning start for was the most important thing for new-boy Coutinho.

“It’s a special night and we’ve managed to win the game, which is the most important thing,” he added.

“It was a difficult game, as you’d expect, against a team who played well. I think from the first half we controlled the game well and we’ve deserved to win.”

Coutinho could make his La Liga debut for Barcelona on Sunday when they face Alaves at home.