Posted by Susan Olayemi on September 7, 2019 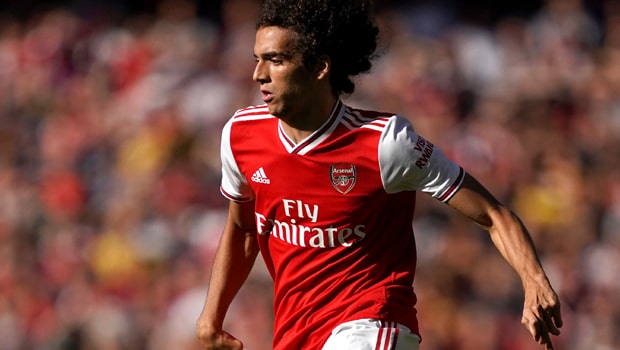 Matteo Guendouzi has continued to improve and has been impressive for Arsenal since he joined them from French side Lorient in the summer of 2018.

He has established himself as a regular starter for Unai Emery’s men. He was their best performer against Tottenham on Sunday, providing the assist for Pierre-Emerick Aubameyang’s goal

The 20-year-old’s brilliant performances have caught the attention of France National Team coach Didier Deschamp which has earned him a call to the national team. He has been included in the team for UEFA 2020 qualifiers against Albania and Andorra.

Here are five things to know about the Arsenal wonder kid:

Guendouzi is of African Descent

Though he was born in France, Guendouzi has his root in the African nation, Morocco as his parents are indigenes of a North African country.

He has pledged his allegiance with France

He has played for France at different youth levels. He was invited by Morocco coach Herve Renard in 2017 but turned down the offer. He has now pitched his tent with the Les Blues of France.

He started his career when he was six years old at top French club Paris Saint-Germain. He later joined Lorient’s academy in 2014 before he started to feature for the club’s first team in 2016 and made his debut aged 17 years. He moved to the Premier League in July 2018 where he joined Arsenal for £7 million.

Guendouzi has risen rapidly since he switched to Arsenal. His performances have been good, though there are still rooms for improvements. He doesn’t mind surging forward or going at the opposition. He is good at tackling, energetic, and he brings the toughness the North London Club needs in the middle of the park. He distributes the ball well and has formed an excellent link between Arsenal’s defense and attack.

He is full of potential

Though he may be only 20 years, Guendouzi is already showing glimpses of what he possesses. He has the potential to be one of the best defensive midfielders in the world. He is a real asset in that area of the midfield that has suffered since the departure of Patrick Vieira years ago. This could turn out to be a good business for Arsenal.