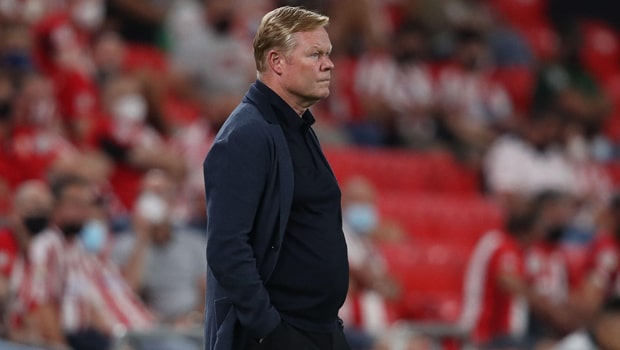 Barcelona manager Ronald Koeman has revealed the huge difference in the Barcelona squad aftermath of the exit of Argentina forward Lionel Messi.

The Dutch made the revelations after Barcelona was held to a 1-1 draw by Athletic Bilbao. Messi moved to Paris Saint-Germain in France in early August after Barcelona failed to balance their wage book to enable them to register new players.

Messi had run out of contract at the end of July but his destination hung in the balance as he led the Argentine national team to the Copa America title in early July.

While Messi was initially reported to have taken a pay cut and agreed to stay at Barcelona, the club announced the player’s exit subsequently.

Messi was unveiled at the Parc De Princes as a PSG player two weeks ago but he is yet to make his debut appearance for the club.

Barcelona has since then played two La Liga matches with the first and opening game of the season-ending with a 4-2 win for Barcelona against Real Sociedad.

Martin Braithwaite scored a brace in the game but it was Memphis Depay who scored the equalizer against Athletic Bilbao after the house side took the lead through Inigo Martinez.

However, Eric Garcia was sent off towards the end of the game, Koeman’s worry is the fact that the psychological advantage Messi gives the team is now absent.

“I don’t like to always talk about the same thing, but we’re talking about the best in the world, Our opponents were more scared when Messi was here. For us as well, if you pass the ball to Leo, usually he won’t lose it. You can tell [Messi] isn’t there. We know that and we can’t change it.” Koeman said after the game.

Meanwhile, Real Madrid was held to a 3-3 draw by Levante, Gareth Bale had given the Los Blancos the lead early in the first half but Levante equalized and led early in the second half.