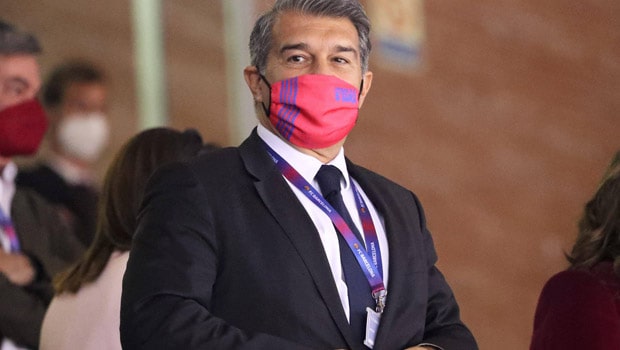 Barcelona is going through a severe financial crisis.

Last season they had to let several players go in order to ease the team’s finances a bit.

But despite the club’s efforts to improve finances, the club still owns more than 800 million euros.

President Joan Laporta has made an audit of the club’s finances and has decided to sell several players to improve the club’s cash flow.

The list of players for sale includes Antonie Griezmann, with whom the club would try to earn some money.

The names of Jordi Alba, Clement Lenglet, and Sergio Busquets also appear on the list. But Laporta will meet with these ones in the coming weeks to propose a salary cut since they are among the players who earn the most in the club’s payroll.

Sergi Roberto is also on the list, and there is speculation of a possible transfer to Manchester City.

Samuel Umtiti, Junior Firpo, Martin Braithwaite, and Matheus Fernandes would be put up for sale to generate cash for the club. The same as Philip Coutinho and Miralem Pjanic.

The club has quite a few quality players that may interest various clubs; the problem is that they are players with a high price tag and salaries. With the current economic situation, it will be difficult to find offers that satisfy the club and the players.

A good example is the situation of Ousmane Dembele. The player has not yet signed the contract extension offered by the club. Therefore the player could leave the club at zero cost in 2022. If the player does not sign the extension, he will be put up for sale for a € 50 million, a price that not many clubs can afford.

Other players that would be sold if the correct offer arrives are Sergio Dest, Gerard Pique, Riqui Puig, Francisco Trincao, and Emerson Royal.