Ivan Rakitic sends Barcelona to the top of the La Liga 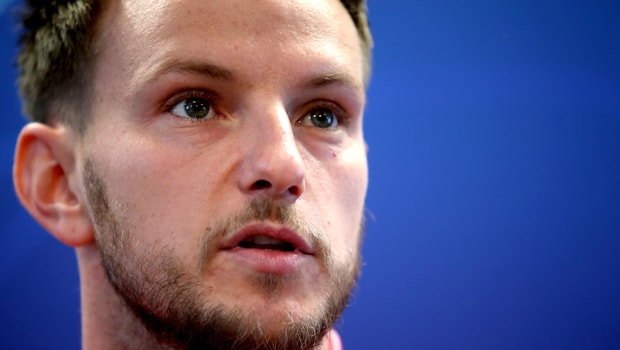 Ivan Rakitic was the hero for Barcelona on Tuesday evening as his only goal sent the team to a 1-0 victory over Athletic club in the Spanish La Liga game played at Camp Nou.

His goal came in the second half of the game a from a Lionel Messi assist with less than 20 minutes to go in the match.

All eyes were on Lionel Messi before the start of the game as the Argentine will be celebrating his 33rd birthday on Wednesday and as well just one goal short of 700 career goals.

However, the skipper of the Catalonia side failed to get on the scoresheet despite getting close on two occasions, but he was influential as his assist got to Rakitic, who slotted home, making it his 15th assists of the season in the La Liga.

Despite having beaten Barcelona twice this season, once in the La Liga and the other in the quarterfinals of the Spanish Copa Del Rey, Atletico Bilbao failed to trouble Barcelona goalkeeper Marc-Andre ter Stegen, but Barcelona were not at their best as well.

The result means that Barcelona goes to the top of the La Liga table with three points ahead of Real Madrid who will be playing on Wednesday at home against Real Mallorca.

However, a win for Real Madrid would mean that Barcelona will drop back to second just on goal difference.

In other games, Atletico Madrid away from home beat Levante by one goal to nil while real Valladolid played out a 1-1 draw with Getafe.

On Wednesday in La Liga, all the games will see Alaves against Osasuna and Real Sociedad against Celta Vigo.

Meanwhile, it was reported that Barcelona had agreed to sell midfielder Arthur to Juventus at the end of the season. Although the news has not been confirmed by both clubs.