Dembele refused to join PSG as part of Neymar deal

Posted by Olumide Alake on September 7, 2019 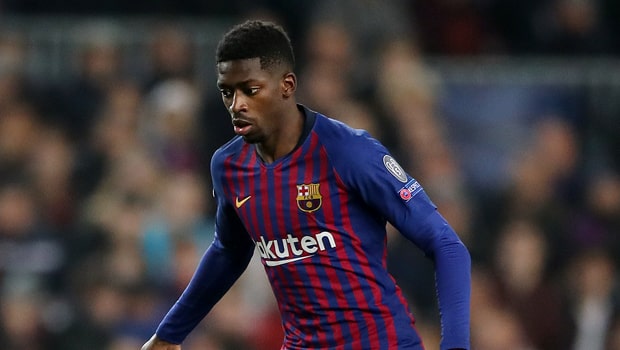 Spanish giant, Barcelona throughout the transfer window tried to bring back their former superstar to Camp Nou, however, after a series of negotiations, the Spanish Giant could not reach an agreement with the French side.

Barcelona’s eagerness to sign Neymar made them add some players plus cash to the deal with the likes of Philippe Coutinho, Ivan Rakitic and even Ousmane Dembele among the player involved in the deal.

The French man who joined Barcelona in the year 2017 for a fee of £135.5m, a fee that was only beaten by Neymar’s £200m move from Barcelona to PSG as the largest transfer fee of all time couldn’t replicate the form that made the Spanish Giant sign him from German club, Borussia Dortmund.

However, according to L’Equipe, there are several reasons behind Dembele choosing to stay put in Barcelona.

With injuries hampering the French man career at Barcelona, He believes he can still replicate the form that made the Catalans sign him in the first place.

Dembele also believes that with Argentina international, Lionel Messi getting into his thirties, the chances of winning the Ballon d’Or is more feasible when at Barcelona than at PSG, a feat Neymar himself could not achieve since moving to the French Champion.

The 22-year-old believes that the up-downhill which Neymar is currently going through as he has been unable to be on the final list of prestigious awards since moving to PSG might occur to him if he makes a move to the French capital.

The Frenchman’s aspiration of winning the Champions League is another huge reason he rejected the move to the French side as he sees himself winning the Title with Messi by his side rather than winning it under Coach Thomas Tuchel at PSG.

Dembele also hopes to be an integral part of the France National set up under Didier Deschamps.

With Dembele currently injured and Barcelona under Ernesto Valverde going through one of their tough phases this season, the French International will be hoping his reasons for staying at Barcelona is achieved and is worth it.